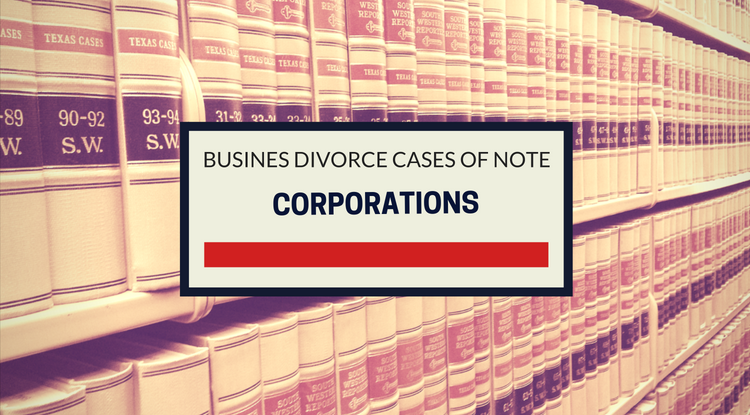 Plaintiff Nilish Chadha is the co-founder of Defendant Wahed Inc. (“the Company”), a financial technology and services company that offers investment opportunities compliant with Islamic law. (Am. Compl. ¶ 10, NYSCEF Doc. No. 19.) Plaintiff is the former Chief Operating Officer (“COO”) of Wahed and is also a former board member and shareholder of the Company. (Id. ¶¶ 4, 9.) Defendant Junaid Wahedna is and was at all relevant times the controlling shareholder, a director and CEO of Wahed Inc. Defendant Wahed Inc. was formerly known as Wahed Invest Inc. and is a Delaware corporation which was formed in June 2015, under the laws of the State of Delaware, and was duly authorized to conduct business in the State of New York.

The Amended Complaint alleges that starting on or about October 2016 through March 2017, Defendants engaged in a fraudulent scheme to purchase Plaintiff’s shares in the Company at deeply discounted values by inducing Plaintiff to enter into a series of Common Stock Repurchase Agreements (“CSRAs”), by allegedly fraudulently misrepresenting to Plaintiff the value of his shares, and in breach of fiduciary duties owed to him, by failing to disclose higher share prices that were being negotiated with third-party investors at the time, in order to buy out Plaintiff’s shares in the Company at lower prices.

The controlling authority on whether a signed release bars claims in the face of an allegation that the release itself was fraudulently induced is Centro Empresarial Cempresa S.A. v. America Movil, S.A.B. de C.V., 952 N.E.2d 995 (NY 2011). Generally, a valid release constitutes a complete bar to an action on a claim which is the subject of the release. Additionally, a release may encompass unknown claims, including unknown fraud claims, if the parties so intend and the agreement is “fairly and knowingly made.” Id at 1000.

As a preliminary matter, there can be no dispute here that the above-quoted release encompasses unknown fraud claims as it refers to “any and all actions” “whatsoever” “known or unknown.” See id at 1000 (finding “the phrase ‘all manner of actions,’ in conjunction with the reference to ‘future’ and ‘contingent’ actions, indicates an intent to release defendants from fraud claims, like this one, unknown at the time of contract.”). Thus, the inquiry is whether the release was fairly and knowingly made.

Once a defendant meets the initial burden of providing an executed release, the burden shifts to the plaintiff to establish that the release is invalid because of traditional contract defenses such as duress, illegality, fraud, or mutual mistake. Id. To invalidate a release for fraud, however, plaintiff must “identify a separate fraud from the subject of the release.” Id (emphasis added). If “[t]he fraud described in the complaint … falls squarely within the scope of the release,” then that fraud cannot nullify the release. “Were this not the case, no party could ever [release] a fraud claim with any finality.” Id at 1001.

The Centro Court also held that the existence of a fiduciary relationship does not alter this analysis. Id. “A sophisticated principal is able to release its fiduciary from claims — at least where … the fiduciary relationship is no longer one of unquestioning trust — so long as the principal understands that the fiduciary is acting in its own interest and the release is knowingly entered into.” Id. However, Centro does not go so far as to hold that a relationship of unquestioning trust prevents a party from being able to release fraud claims. Indeed, nothing in Centro (or its progeny Pappas v. Tzolis, 20 NY3d 228 (2012)) requires that the parties have prior business disputes to be able to release fraud claims. See Silver Point Capital Fund, L.P. v. Riviera Res., Inc., 69 Misc 3d 1213(A) (Sup. Ct. NY Cty. 2020); Kafa Investments, LLC v. 2170-2178 Broadway, LLC, 39 Misc 3d 385 (Sup. Ct. NY Cty. 2013), aff’d, 114 AD3d 433 (1st Dep’t 2014) (rejecting plaintiffs’ attempt to distinguish Centro on the grounds that “their relationship of trust with the defendants was fully intact during contract negotiations”).