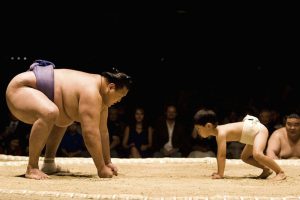 Similar facts were before the court recently in an unfair competition and breach of fiduciary duty case, Vibra-Tech Engineers, Inc. v. Kavalek, Civil Action No.: 08-cv-2646, in the United District Court for the District of New Jersey. (opinion here) A vice president and director of Vibra-Tech, along with his wife, formed two businesses.  One of the businesses sold equipment to Vibra-Tech; the other competed directly for the same customers.  Vibra-Tech, of course, had no idea that one of their executives was involved in the two businesses.

The two companies formed by the employee moved for summary judgment, arguing that neither owed Vibra-Tech any fiduciary duties.  Normally that would be the case.  Fiduciary duties are created by the specific nature of a relationship.  The hallmark of a fiduciary duty is that one party places “trust and confidence” in the other, who has the ability to exercise discretion and expertise on their behalf.  Officers, directors and management employees generally owe their employers fiduciary duties.

The fiduciary duty of a director, officer or management employee is to exercise their discretion on behalf of the best interests of the corporation, limited liability company or partnership.  This is true even when his or her personal interests may be at odds with the best interests of the business.  The fiduciary duty usually falls into one of two types: the duty of care or the duty of loyalty.

Competitors and others who contract at arms length owe no fiduciary duties.  It is presumed that they will act in their own self-interest.  That was the argument made by the New Jersey attorney representing the two businesses formed by the defendants in the Vibra-Tech case.  They argued that since they had no direct relationship with the plaintiff, they could have not fiduciary duties.

The court agreed that there were no fiduciary duties between the corporations, but held that the duties of the former employees and officer could be imputed to the businesses formed by the defendant.  New Jersey courts recognize that when an employee secretly forms a corporation to compete with his or her employee, the employee’s breach of duty of loyalty can be imputed to the newly formed corporation.

It is probably worth noting that employees who prepare to compete, but who do not actually compete, are usually not breaching any fiduciary duty.  Unless there is a restrictive covenant or non-competition agreement in place, employees can lawfully form new businesses and then resign to compete with their former employers.

There are a few caveats to the former employee’s right to compete, however.  He or she may not use their employer’s time to set up the business, may not take proprietary information — including in most cases customer lists — and may not solicit customers while still employed.