Corporations and other business entities are creatures of the law of the state where they were organized. Delaware and Nevada, for example, compete as the state of choice when organizing a new business entity. And the simple fact is that most of the businesses organized under Delaware or Nevada law have no operations in those states.

Does that mean that other courts are limited in the ability to grant relief in the event that litigation develops among the owners over corporate governance issues?  That was the issue in a recent decision by Chancery Judge Carroll in Lerner v. Heidenberg, BER-C-64-12 (Chancery Div. June 8, 2012).  The decision is a warning that electing to organize a company under a particular state’s law may also be a commitment to have the courts of that state resolve certain disputes if things go wrong.

Two Partners Seek the Dissolution of a Limited Liability Company 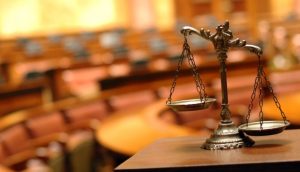 This litigation involved a dispute between the owners of a general partnership with a series of real estate holdings in New York and New Jersey.  The partnership owned or had interests in numerous entities spread across both states with varying contractual terms.  Among the claims asserted by the parties, however, were claims for dissolution.

The parties cross-moved for a series of interim orders and as part of that application the plaintiff moved to dismiss counter claims seeking the dissolution of two limited liability companies organized under New York law.

Is the Jurisdiction of Business Dissolution of Foreign Corporations Mandatory?

The majority rule against deciding dissolution disputes involving foreign corporations is viewed by some jurisdictions as mandatory -only the state courts where a corporation is organized will have jurisdiction to make orders enforceable in the state – while other courts have viewed the issue as one in which the trial court has considerable discretion.

Judge Carroll noted earlier Chancery decisions had considered related issues – such as the authority of a court to appoint a receiver or to exercise jurisdiction over property and people located within the state.

The trial court, however, resolved the issued based insignificant part on New York’s application of its rule against deciding dissolution disputes involving foreign corporations.   New York courts do not recognize their own jurisdiction to dissolve a foreign corporation, therefore a New York court, the judge reasoned, would not recognize the jurisdiction of a New Jersey court to resolve this dispute involving a New York limited liability company.  (We won’t get into the constitutional issues that would rise.)

One final note, earlier this year in an “internal affairs” dispute between the New Jersey owners of a Delaware corporation doing business in Philadelphia, the Appellate Division confirmed the trial court’s determination that it had jurisdiction over the dispute and that the fact that the company was organized under Delaware law was equal to a simple “choice of law” clause.  Bongiovanni v. Peterson, Docket No. A-37777-10T (App. Div. March 7, 2012).   Significantly, the appellate court held that the jurisdictional challenge did not have enough merit to warrant discussion in a written opinion.

The only way to reconcile the two decisions is to look at the remedies involved.  Since dissolution would theoretically, if no practically, require an issuance of an order to the Secretary of State in another state, it appears to be a different matter.  The decision from earlier this year was a claim seeking damages between the principles.

We welcome your comments and questions.