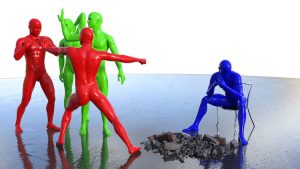 A recent dispute involving the owners of a medical office building demonstrates, once again, how unexpected business governance issues can threaten an ongoing business. 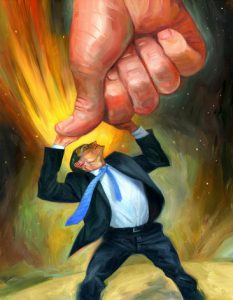 This opinion from the Appellate Division, in New Jersey Realty Concepts, LLC v. Mavroudis, Docket No. A-2013-12T1 (App. Div. March 18, 2014)(opinion here), demonstrates how the failure to put a business enterprise into a business form with limited liability, be it a corporation, limited liability company or limited liability partnership, can make it impossible for the business to continue.

The case itself turned on the scope of authority of a special fiscal agent, which is a court appointee typically found in shareholder or limited liability company litigation. We’ll discuss this in more detail below.

The real issue, however, is buried at the end of the opinion in which the Appellate Court held that a debtor could directly attach rents paid by the building tenants because the owners’ interest was itself assignable. And that is the big difference as far as asset protection goes – a joint tenancy offers no real protection to creditors.

Had the owners of the building placed it in some type of holding company, then the remedy against a debt owed by of one of the principals would have been much more limited — and would not have threatened the viability of the enterprise. Here, as a result of the form of the enterprise, a judgment creditor of one of the participants was able to levy against 60 percent of the rent roll, leaving the building itself apparently insolvent.

One of the arguments made by the plaintiff was that the contractor could not attach the rental payments directly. The business, acting through the special fiscal agent, had the right to pay debts from its profits. The court, however, disagreed, and that is why the debt threatened the enterprise as a whole.

The question of whether something can be attached is determined by whether it can assigned, that is transferred to another person. Because Rio Vista was a tenant in common, it had a right to receive its share of the rents and an unrestricted right to assign those rents to a third party. And because the right to receive 60 percent of the rent could be assigned, it could also be attached.

Moreover the rental payments were “debts” owned to the owners as tenants in common and such debts can plainly be attached.

Compare this with what would have occurred if the building were held by a business entity. The judgment debt of Rio Vista would not have given the creditor the right to attach rents directly. At best, Rio Vista’s interest in the holding company would be subject to attachment. If the building had instead been owned by a limited liability company (owned by the two tenants in common), the creditor’s only remedy would have been to charge the interest of Rio Vista through a charging order.

The limited remedy available to the creditor is the direct result of the fact that interests in a limited liability have severe restrictions on transferability. The contractor could have secured a charging order under N.J.S.A. 42:2C-43 against the payments, if any, made to Rio Vista as member, but would have no right to attach the rents.  See our blog post here discussing charging orders.

Similarly, the contractor would have not right as a creditor of one of its individual shareholders to reach the rents directly and could attach only the shares of Rio Vista, which would be subject to any restriction on transferability.

As it was, the ownership of this building — which really was a business enterprise in that it had income, expenses and was intended to make a profit — had no protection against the creditors of any of its owners. They could, and one did, attach the money before it reached the business.

Limited liability company and shareholder litigation can often involve deadlocks among the members or claims of ongoing mismanagement or wrongdoing. Courts will sometimes appoint a special fiscal agent as an independent party to preserve the business during the course of the litigation. This litigation involved an situation because of the nature of operating a commercial building.

Special fiscal agents are a step short of the drastic remedy of appointing a receiver. Placing a company in receivership quite often signals the end of a business. It causes a default in most major contracts, from a building lease to ordinary supply arrangements, and is generally a precursor to dissolution.

The appointment of a special fiscal agent, the court noted, was a “less onerous expedient” that is intended to protect the interests of a solvent corporation. The point of the special fiscal agent is to avoid the stringent requirements that arise when a receiver is appointed.

In our own practice, we have seen special fiscal agents appointed when the management of an ongoing LLC is deadlocked or when there are issues that require special oversight, for example, counting the cash in a night club. The special fiscal agent typically has a limited charge and must report to the court periodically.

The scope of the special fiscal agent’s appointment in this case was broader. The court  transferred to him the “managerial authority over the business and operations and financial affairs of the property.” This included most of the ordinary activities of a business, including collect rent, paying bills, hiring employees and buying supplies.”

Although the scope of the special fiscal agent’s authority was broad, it was still not a receivership and as a result did not put the property of the business under the jurisdiction of the court.

Appointment of Receiver in Business Dispute

Money or other property in the hands of a receiver

is considered to be in the hands of an officer of the court, the appeals court explained. For that reason, those assets cannot be attached through ordinary collection procedures. Instead, payments must be approved by the Court. In fact the order appointing the receiver did not purport to place property in custodia legis … Nor did the order require the inventory and periodic accounts needed for the court to monitor property in the court’s custody. The order did not require the court’s approval for the sale of property. Nor did it include the other procedural protections attending a receivership, such as notice to creditors with an opportunity to object. Thus, there is nothing in the order endowing the [special fiscal agent] with the powers of a receiver, including a receiver’s quintessential protection of property in custodia legis.

The Appellate Division went on to note that the point of the special fiscal agent in this case was to protect the other owners from the alleged misappropriation of funds. Allowing someone to collect a debt did not thwart that objective, according to the court.

The Appellate Division also rejected the argument that a special fiscal agent to decide the order in which creditors should be paid, and noted that there was nothing to indicate that debts were not to be paid in the “priorities established by law.” Those priorities apply, according the Appellate Division, even if the funds are within the jurisdiction of the court.