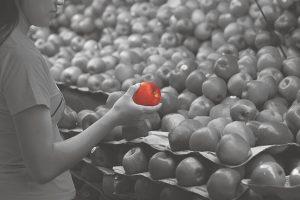 Sometimes an expert valuation opinion, however well documented, leads to a conclusion that just doesn’t square with reality.  That was the case with an expert opinion in Rughani-Shah v. Noaz, Docket No. A-4943-08T2 (Sept. 16, 2011) that valued a one-third interest in a medical practice at just $25,000.  The trial court’s decision was affirmed by the Appellate Division of New Jersey Superior Court.

The trial judge didn’t buy it – not when the practice was grossing $1.7 million a year and not when the buy-in for the shareholder seeking the buyout had been eight times that amount.  Common sense said the number was just too low, and the expert’s opinion was rejected.

We see this happen with some frequency.  The valuation advanced by one of the parties’ in a case simply doesn’t make sense in light of the economic reality.  Simply put, if the value in the opinion strays too far from what ordinary common sense would tell you – in this case that the buyer cannot expect to sell a minority shareholder’s interest for more than a fraction of her annual profits and capital contributions – then the opinion will not get much consideration.  A chancery judge is not likely to do handsprings to reject an opinion that just seems out of line.  Nor is the Appellate Division likely to reverse.

The parties in this litigation were the principal owners of a medical practice in Monmouth County.  Over time, the relationship deteriorated and ultimately the other shareholders terminated her, triggering the right to have her shares purchased.  The plaintiff was the last physician to join the practice as a partner, paying approximately $275,000 for her equity share.

The shareholder agreement required the purchase of the shares of a terminated member at book value, using an assets minus liabilities formula.  In calculating assets, however, the agreement required a 15 percent discount to accounts receivable to account for uncollectible debts.

The defendant’s expert, however, testified that the accounts receivable was overstated by approximately $550,000, in that it included improper credit balances, failed to include discounts given to insurance carriers.  She came up with a value of $41, 804 for the plaintiff’s interest.  The Appellate Division, quoting from the trial transcript, does not try to find a technical error in the report, other than the fact that the shareholder agreement requires only 15 percent.  The Appellate Division quoted the trial court:

It seems inconceivable that a one quarter interest in a business grossing approximately $1.7 million consistently over five years, and generating net income of  over $600,000, to be  divided among the principals, could be bought for only a $25,000 note. . . .

The defendants moved for reconsideration and they explained, again as quoted by the Appellate Division, that that they had relied “not only on the analysis by the accountants, but looked at other factors including [plaintiff’s] buy in, the gross receipts and the net profits to get a feel as to whether or not … [the] calculation of fair market value was correct.”

The defendants asserted on appeal that the trial court had unfairly considered extrinsic evidence in reaching its valuation, an argument that the appellate court found to be “without sufficient merit to warrant discussion in this opinion.”

The lesson here is that few judges are going to accept a valuation that renders a minority shareholder’s interest of almost trivial value or one that is out of proportion to what the minority shareholder paid for their equity or the profits that were distributed to the principal owners.  Technical analysis is unlikely to trump common sense.