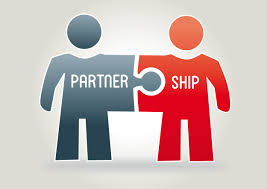 Gerald and Leon Genet were brothers and equal business partners in Genet Realty from the early 1980s. Leon died in 2005 and his wife died a week later. All of Leon’s assets passed to his three daughters in equal shares. At that time, Leon Genet Realty was still earning commissions on lease transactions.

Gerald initially agreed that he would pay Leon’s share of the incoming commissions to his heirs “so that the partnership could be wound up and … [the] Estate closed in a timely fashion.” In the next two years, payments of $330,000 were made to each of the daughters and, in 2007, Leon’s estate was closed.

In March 2010, Gerald refused to make payments and claimed that he had discovered that Leon had misappropriated funds from the partnership. He also claimed that the estate owed him for numerous loans made to Leon over the years. The daughters filed suit in New York; Gerald filed suit in New Jersey. Motions to dismiss followed in both actions. Ultimately the New York action was dismissed for lack of standing because the claim, according to the New York Court, belonged to the estate.

We welcome questions and comments about the partnership statute that was construed by the court or other matters involving partnerships, closely held corporations, or limited liability companies.