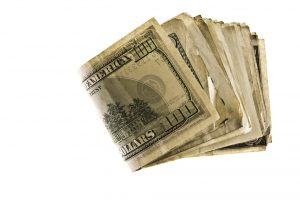 The potential liability of a director for attorney’s fees is what determines whether recoverable litigation expenses are due under the indemnification provisions of Delaware law, the Chancery Court holds.

The expenses at issue were incurred in litigation that wound its way through state and federal courts in Illinois for nearly a decade, including a bankruptcy. The Plaintiff in Dore v. Sweports, Ltd, C.A. No. 10513-VCL (Del. Chancery January 31, 2017) was a former director and investor in Sweports, who was ousted in a dispute with the other directors and locked out of the business. A significant component in the lawsuit involved the services of the law firm that was general counsel and also represented the plaintiff in some of the underlying litigation.

The litigation history is tortured, and the court rejected large blocks of fees and expenses sought by the plaintiff as not covered by the company’s indemnity obligation or not reasonably incurred, awarding some $241,000 of approximately $1.2 million that was sought in the case. It also awarded approximately $80,000 for the costs of pursuing the action to secure indemnity.

The case is notable for the manner in which it dealt with the issue of attorneys’ fees that were then unpaid, but for which there was an arguable liability under an oral agreement to pay normal hourly rates in defense of counterclaims made Sweports in lawsuits brought by Dore.  It is also noteworth that the court construed language used in the corporations statututes of many other states.

Delaware law provides corporations with the power to indemnify individuals in any matter in which the person is brought “by or in the right of the corporation” in matters in which “the person acted in good faith and in a manner the persona reasonably believed to be in or not opposed to the best interests of the corporation.” DCGL § 145(b)

The statute in DGCL § 145(c) makes that indemnification mandatory if a former officer or direct has successfully defended the case.

To the extent that a present or former director or officer of a corporation has been successful on the merits or otherwise in defense of any action, suit or proceeding referred to in subsections (a) and (b) of this section, or in defense of any claim, issue or matter therein, such person shall be indemnified against expenses (including attorneys’ fees) actually and reasonably incurred by such person in connection therewith.

The defendants in the action argued that the “actually and reasonably incurred” requirement had not been met because plaintiff’s attorneys were engaged on a contingent fee basis. The defendants argued that based on the Delaware Supreme Court’s opinion in Scion Breckenridge Managing Member LLC v. ASB Allegiance Realty, 63 A3d 665 (Del. 2013) that contingency fee payments were not recoverable. The court held there that the reimburse and incurred requirement “clearly and unambiguously indicate that [the plaintiff] must have been liable for a payment at some point.

Corporation Must Indemnify Director for Obligation Incurred under Oral Agreement

The defendants argued that there was no agreement to pay the plaintiff’s law firm to defend the counterclaims, that “as a practical matter” the law firm would not seek recovery and that it had not invoiced the plaintiff for those costs. Plaintiff countered that he had an oral agreement to pay the law firm’s hourly fees and disbursements if the lawsuit to recover fees was unsuccessful, which is an enforceable contract under Illinois law.

The opinion gives some guidance on how to structure a fee arrangement when the law firm has advanced its own time and expenses.  A contingent fee arrangement is risky, since it could be a bar to a statutory provision.  The concept that indemnity covers expenses “incurred” is not unique to Delaware law.