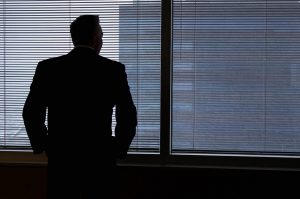 A claim that one of the members has misappropriated assets of a limited liability company and ousted the other member from management is a “quintessential breach” of the fiduciary duties that may exist in a closely held business. It is not, however, grounds for the appointment of a receiver.

This decision of the New Supreme Court in Chen v. Dai, Index Co. 653601/2015 (New York County January 18, 2017) holds that the fact that a claim arises from the existence of a contract – in this case an operating agreement – it may also involve duties independent of the contract. The court finds in a decision on a motion dismiss that pleading that the plaintiff was a co-member of two New York limited liability companies is sufficient to state a cause of action.

One of the more interesting aspects of the court’s decision, however, was the rejection of the plaintiff’s request for the appointment of a receiver. It points out the inherent difficulties in getting extraordinary relief of a custodian or receiver, which are reserved in many jurisdictions for the working of winding up the affairs of a corporation. A notable example is New Jersey, which expressly provides for the appointment of a custodian.

The opinion itself does not provide the factual basis for the court’s decision, but the dismissal of the claim at the pleading stage with the sentence that the court “declines plaintiff’s invitation to use its equitable powers to appoint a receiver” is a good indication of how the remedy is extraordinary and not directly encompassed by the statutory remedies of many states.

The case involved the formation of two New York limited liability companies to pursue a real estate project. The plaintiff capitalized one of the LLCs with $3 million to pursue real estate development. The LLC then sought to purchase a building in Greenwich Village but because the owner purportedly would not sell to legal entity, the LLC members agreed that the defendant would buy the building in his own name and then transfer title to a second NY LLC formed by the owners.

The complaint alleges that the defendant bought the building as planned but then refinanced the property with a mortgage of $5 million and had failed to account for the withdraw funds while ignoring the other member’s attempt at communication. Plaintiff alleged various causes of action in contract, fraud, unjust enrichment, conversion and breach of fiduciary duty.

The Court rejected the defendant’s argument that the core breach of contract claims involving the acquisition of real estate were subject to the statute of frauds and thus required to be in writing. The dispute was, at its core, a claim between the members over what was really a membership dispute, which was personal property not real property. It also rejected plaintiff’s claims to dismiss the breach of fiduciary duty claims.

The Court dismissed some of plaintiff’s alternative theories of recovery including fraud, conversion and partition, and rejected the claim that plaintiff was bringing a derivative claim on behalf of the corporation.

The Court then, as we noted above, declined to use its inherent equitable powers to appoint a receiver. Under the circumstances, one would think that that the topic merited more discussion.

When is Receiver Available in Business Divorce Lawsuit?

New York’s statute is not unlike those of Delaware, Nevada and the jurisdictions that have adopted the Uniform Limited Liability Company Act. The New York and Delaware model is to permit dissolution only when the company can no longer operate in conformity with its operating agreement (although Delaware recently recognized an equitable dissolution right, it remains to be seen whether that decision is an outlier based on the facts or a loosening of the contractarian approach used by the Delaware courts.)

The RULLCA therefore allows for what have become traditional minority oppression claims, but does not specifically address the use of a receiver. Instead it provides that “the court may order a remedy other than dissolution.” RULLCA § 701(b). There are a number of different approaches that one might pursue when it appears that a receiver is an appropriate remedy in a pending LLC litigation.

New York law permits the appointment of a temporary receiver under CPLR § 6401(a). While the remedy is most commonly invoke in real property disputes, it likely has applicability in a corporate dispute.

Upon motion of a person having an apparent interest in property which is the subject of an action in the supreme or a county court, a temporary receiver of the property may be appointed, before or after service of summons and at any time prior to judgment, or during the pendency of an appeal, where there is danger that the property will be removed from the state, or lost, materially injured or destroyed. A motion made by a person not already a party to the action constitutes an appearance in the action and the person shall be joined as a party.

Delaware’s Chancery Court has used its inherent equitable powers to appoint a receiver as a remedy for a contempt application in which it was alleged that the company was refusing to turn over documents as ordered and to pursue a dissolution. In both cases, the court looked expansively at the ability of the court to use a receiver as a remedy for a purpose other than to prevent assets from disappearing.

At the other end of the spectrum, perhaps, is New Jersey’s statute governing judicial dissolution. Although adopted as a version of the RULLCA, the New Jersey statute expressly provides an “including but not limited to” provision for several specific remedies including the appoint of a custodian, provisional manager or the sale of interests. N.J.S.A. 42:2C-48(b).

New Jersey has also adopted a practice of permitting the appointment of a special fiscal agent, who functions as a referee with reporting powers but may also have responsibilities similar to a custodian, receiver or provisional manager. Provisional managers are often seen by the courts as a way to allow for oversight in a disputed business divorce while avoiding the consequences of appointing a receiver.

Practical Considerations of Appointing a Receiver or Custodian

One consideration not likely to be found in the statute but which has real implications is the practical consequences of appointing a receiver. A company that is viable and operating can be destroyed by the appointment of a receiver. The appointment itself will trigger defaults in most major contracts ranging from lines of credit to purchase of supplies on credit. It will also damage the company’s reputation across a broad spectrum of relationships.

For that reason, courts are hesitant to appoint a receiver or custodian except in the most difficult of circumstances when there is the real potential for loss of assets or when the business has ceased to be a profitable enterprise. For the viable business without an imminent threat of irreparable harm, it is not a likely alternative.

If you have a question about the availability of a receiver, custodian or provisional manager, please feel free to contact us.