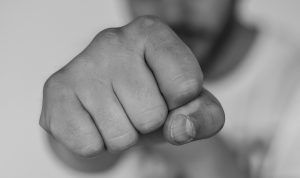 The case involved two business owned by two long-term friends and term business associates, Eugene Callahan and Gerard Kenny. Their businesses were an Illinois limited liability company that owned a building and an Illinois general partnership that owned a parking lot. Both of the entities had contractual provisions – the partnership agreement and the LLC operating agreement – that restricted transfers. Kenny transferred in interests to his sons. Callahan refused to acknowledge the transfer.

The sons filed a declaratory judgment action and the case was tried to a verdict holding that the transfer was proper and that Callahan should be dissociated from the entities and his interests purchased. Calhan refused to comply with the orders and the Court entered orders for the immediate transfer of the interests. Callahan appealed.:

The relevant terms of the partnership agreement provided that a transfer to immediate family members.

Neither of the Partners shall sell, assign, convey, pledge, hypothecate, encumber, exchange or otherwise transfer for consideration, or gift or otherwise transfer for no consideration, their Interest in the Partnership other than to the other Partner, or to immediate members of their family (defined as spouses or children or grandchildren) or to a trustee for the benefit of the immediate members of their family, without the written consent of both Partners, in which event [the] other Partner shall have the option of purchasing the interest of the Transferring Partner upon the applicable terms and conditions set forth below

In a similar manner, the limited liability company agreement restricted the transfer of the Member’s interests, except to immediate family members as follows:

None of the Members shall sell, assign, convey, pledge, hypothecate, encumber, exchange or otherwise transfer for consideration, or gift or otherwise transfer for no consideration, their Membership Interest, which transfer shall include such Member’s Economic Interest, in the Company other than to Members of the Company or to immediate family (defined as spouses or children or grandchildren of Members of the Company) or to a trustee for the benefit of the immediate family members of their family, without the written consent of Members holding at least one hundred percent (100%) of the Percentage Interest of the Company, unless they give written notice of such desire to each of the other Members, in which event the other Members, or the Company, shall have the option of purchasing the interest of the Transferring Member upon the applicable terms and conditions set forth below.”

In addition, a 2009 mortgage on one of the properties prohibited any change in ownership. At the time of this refinancing, Kenny had executed an option to sell his interests to his sons and, on the day the mortgage closed, he signed an agreement making the transfer. Meanwhile Callahan had held his interest in the limited liability company in the name of his wife and she had previously transferred that interest to a trust without objection from his partner a short time earlier.

Dispute Among Owners Leads to Litigation

Open warfare erupted between Callahan and Kenny’s sons. Callahan refused to accept the transfers. He appointed himself as the sole manager. Callahan later moved funds from the partnership accounts and opened other bank accounts.

The appellate court affirmed the trial court’s findings that the failure to recognize the transfer was a breach of fiduciary duties, holding that the transfer fell within the plain language of the partnership and operating agreements, and that Callahan himself had caused his wife to transfer his LLC interest to a trust.

Although Illinois has adopted the uniform limited liability company act, the state statute has some significant differences. Key for the opinion here is that the statute specifically provides that an LLC member who exercises managerial authority is subject to the statute’s fiduciary duties. It also provides that a member or manager must “deal fairly” with the company on behalf of a party having an interest adverse to the company. The uniform act prohibits the manager (or member in a member-managed LLC) from dealing with the company on behalf of an adverse party, although the conflict would certainly be waivable.

The Illinois statute is interesting for the way that it incorporates a common-law principle often recognized by courts in governance disputes: the ability of management to control the company creates a duty to do so for the benefit of the owners or the minority interests. See Majority Rule Creates Fiduciary Duty.

The Court goes on to affirm the dissociation of Callahan under the LLC act and the partnership act, which contain similar provisions permission involuntary dissociation (expulsion) of a member when there has been wrongful conduct that “adversely and materially affected” the business; when there is a persistent breach of the operating or partnership agreement or when it is no longer “reasonably practicable” to carry on the business with the individual as a partner or member.

The trial court held, and the appellate court affirmed, that there were ground for dissociation under all three criteria, including the breach of duty in refusing to honor the transfer of partnership interests, various wrongful acts committed by Callahan and his demonstrated refusal to work with the Kenny brothers by his unilateral management of the company and refusal to provide documents and information about the business.