The division of fees, in particular contingent fees earned after a firm is dissolved or the resignation of a rainmaker, are the catalyst for business divorce disputes in law firm breakups.  These disputes involve some key issues: 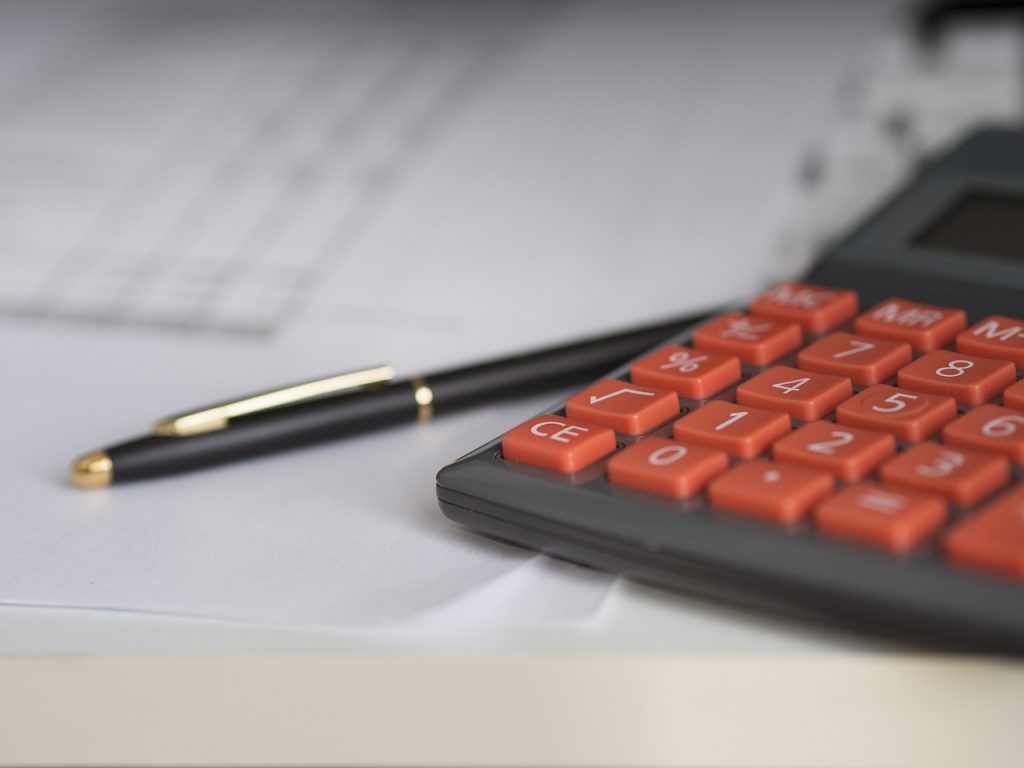 Lawyers practicing together in a firm frequently make agreements on how fees will be divided after the withdrawal of a lawyer.  These agreements may be part of the firm’s partnership, operating agreement or corporation bylaws, or embodied in an employment contract or separation agreement.  These types of agreements are generally, but not always, enforceable.

Getting the client’s consent to such a division is also a good practice and, in at least one jurisdiction, may be required.

Enforceability will, in the first instance, turn on whether the fee division that was previously agreed to functions as a restriction on the lawyer’s ability to practice and to compete against their former firm.  If the agreement serves as an agreement not to compete, it will likely not be enforceable.

The governing ethical issues are found in R.P.C. 5.6, which prohibits restrictions on the practice of law, and R.P.C. 1.5(e), which places limitations on the sharing of fees among lawyers not in the same firm.  If an agreement does not comply with these ethical requirements, it will not be enforceable in most jurisdictions.

Under R.P.C. 5.6, any agreement that restricts the lawyer’s right to practice is unethical and, to date, has been unenforceable.  The rule provides that :

A lawyer shall not participate in offering or making: (a) a partnership or employment agreement that restricts the rights of a lawyer to practice after termination of the relationship, except an agreement concerning benefits upon retirement.

Lawyers are also limited in the ability to split fees under R.P.C. 1.5(e), which provides that

Except as otherwise provided by the Court Rules, a division of fee between lawyers who are not in the same firm may be made only if:

(1) the division is in proportion to the services performed by each lawyer, or, by written agreement with the client, each lawyer assumes joint responsibility for the representation; and

(2) the client is notified of the fee division; and

(3) the client consents to the participation of all the lawyers involved; and

(4) the total fee is reasonable.

Lawyers run afoul of these ethical limitations on the division of fees when they seek to pursue a prohibited purpose, namely the brokering of cases or restricting lawyer competition and the ability of clients to choose attorneys.  Agreements between lawyers once affiliated in a practice generally are enforceable to manage the division of fees earned after the separation.  We discuss these agreements in more detail below.

Dividing Fees When There is No Agreement

There are cases in which there is no agreement, or the agreement that would otherwise govern is unenforceable.  In those cases, the courts will generally apply the principles of quantum meruit, which means “as much as he deserves” to allocate the fees between them.

We discuss what a quantum meruit allocation means in more detail below, but it is a case-by-case examination of a variety of factors that weighs the contribution made to the fee.

An examination of several New Jersey cases seeking to enforce agreements to divide fees between departing lawyers gives some guidance on the enforceability of contracts that allocate fees in those circumstances.  A 2003 decision of the New Jersey Appellate Division held that an agreement in which contingent fees received after a lawyer’s departure were to be shared 50-50 with his prior firm was enforceable.

In that decision, Groen, Laveson, Goldberg & Rubenstone v. Kancher (opinion here), the former lawyer had argued that the agreement was a restriction on his right to practice prohibited by R.P.C. 5.6.  The appellate court, however, disagreed.  Although an agreement that made it less lucrative for the departing lawyer to take a case, and therefore might limit the client’s ability to freely choose that lawyer as counsel, that did not mean that the restriction was void.  The terms of the agreement were no so onerous, the court held, and the old firm had a right to receive some return on its investment.

[A] partner or associate cannot be permitted to devote firm time and resources on a case with a potentially large contingency and then leave without owing the firm for its services.  On balance, we uphold the agreement in dispute …

A case that went the other way was Leonard & Butler, P.C. v. Harris (opinion here), in which the Appellate Division invalidated an agreement that required the departing lawyer to turn over all of a contingent fee earned after his departure, keeping only compensation for “for the reasonable and necessary hours devoted to the matter at an hourly rate which is the same as that which his hourly rate existed while an employee of the firm.”  The agreement also required the equal sharing of fees earned from hourly clients that followed the lawyer to his new firm and prohibited the departing attorney from earning any fee until the fold firm had been any disbursements or fees that it was owed.

In addition to the prohibition that the fee-allocation agreement not restrict competition, a division of fees must company with R.P.C. 1.5(e).  In a 1990 decision, the Delaware Superior Court held that lawyers affiliated in a practice when they agree on the allocation of future fees are in the “same firm” and exempt from the limitations that otherwise govern the division of fees.  Tomar, Seliger, Simonoff, Adourian & O’Brien, P.C. v. Snyder. (opinion here)

Courts in other jurisdictions have generally followed the same course, permitting lawyers to negotiate the division of fees when they were affiliated in a law practice.  For example in Walker v. Gribble (opinion here), the Iowa Supreme Court enforced an agreement governing the division of fees among former partners.  A similar result was reached by the California Court of Appeals in 2005 in Anderson, McPharlin & Connors v. Yee (opinion here).  In New Jersey, the Appellate Division expressly approved the idea that separating lawyers would negotiate a division of fees in LaMantia v. Durst (opinion here), a case involving a fee dispute with an attorney who withdrew from the firm.

Disputes such as this are best averted by properly drafted partnership and associate agreements. These agreements should contain appropriate language fixing the allocation and apportionment of contingent fees.

There are some outliers worth mentioning, however, a 1999 opinion of the State Bar of Arizona holds that the sharing of fees between formerly associated attorneys must still comply with the criteria of R.P.C. 1.5(e), including client consent and joint responsibility for the representation. In that matter, the attorneys had a pre-existing agreement on the division of the fee, to which the client objected.  The advisory panel there opined that an agreement to divide fees between formerly associated lawyers is no different than a referral.  The Arizona panel cites to other opinions of ethics committees in Michigan, Pennsylvania and Utah, but a closer examination of some of those opinions makes it relatively clear that the opinions were being read in the broadest possible sense.  No other entity or court appears to have applied the Arizona opinion.

Apportioning Fees Based on Quantum Meruit

The Durst opinion involved a dispute over a fee generated by a malpractice case in which the client had followed a withdrawing attorney.  The court noted the unfairness that would exist if the initial firm did not receive its fair share of the fee, then went on to list the factors that should be considered in a case-by-case analysis.

Every firm faces the possibility that one of the individual attorneys assigned to a matter could leave with a substantially prepared case. This risk is unavoidable since clients have unfettered discretion to obtain or release counsel. …  This fact of professional life, however, should not deprive the firm whose services the client initially sought from equitably realizing fruits of its reasonable expectancy in the contingent fee. These include, in addition to recognition of the factor of initial attraction of the client, the quality of the firm’s initial investment of time, skill and funds in investigation, construction of pleadings, discovery, choice of experts, research and those other foundational services which shape the ultimate result, good or bad, of every lawsuit. It is not just that a lawyer fortuitously assigned to the matter can leave with a substantially prepared case, which is subject only to a wholly contingent obligation for its preparation, limited to reimbursement on an hourly basis, with no recognition given to the factors mentioned above.

The determination of the fee allocation between lawyers, the court held, must be made on the specific facts of the matter, using principals of quantum meruit, meaning “as much as he deserves”.”

In such a case, the court said, the firm must be compensated for not just its time, but also its assumption of some of the risk.  Failing to consider all the factors, it reasoned, would result in an unfair windfall for the withdrawing attorney.

The courts should not foster such behavior in the bar by permitting the defecting attorney to obtain a windfall. Such windfalls are created where, as here, the trial court fails to recognize the value of the initial firm’s willingness to risk the time and money to develop the claim. By compensating the original firm solely for time spent, the trial court does not permit that firm to benefit from the risk taken and thereby discourages firms from taking such cases. Hence, we cannot ignore the impact of the trial court’s valuation of the Evans Firm’s efforts on the class of plaintiffs who seek legal assistance in difficult personal injury cases.

The Durst opinion makes clear that the court called on to apportion a fee will need to permit discovery and conduct a fact-finding hearing.