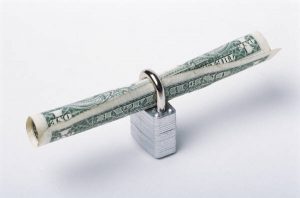 The fiduciary duties owed among partners can change with time and circumstances, and the disclosures that were appropriate when all of the partners worked together in the business may become inadequate when one of the partners has ceased to take an active role.

This is the lesson of Munoz v. Perla, Docket No. A-5922-08T3 (App. Div. Dec. 20, 2011) in which the Appellate Division affirmed a trial court decision holding that the members of a partnership had failed to make adequate disclosure of the terms of the leases held by the engineering firm, of which the parties had all once been partners.

Although the case involved the now-repealed Uniform Partnership Act, and thus not all of the holdings may be applicable to partnerships formed under later law, the decision is instructive as to how the fiduciary relationships between partners my evolve as time passes and circumstances change. (For another reason decision involving fiduciary duties among partners, see our blog post here.)

The dispute grew out of a 1992 decision by the members of the engineering firm, RPMS Consulting Engineers, to buy a vacant building in which they would locate their business and also lease space to other businesses.  The three individual owners of RPMS, Plaintiff Orlando Munoz and defendants Robert Perla and Robert Steiger, formed a new partnership, The Heritage Partnership.  Heritage then paid $1.55 million for a property in Monroe Township.  RPMS leased the third floor from Heritage for its office space.

Initially, Heritage set the rent for RPMS based only on the cost to carry the building, not the fair value of the space the firm occupied.  RPMS also invoiced Heritage for the cost of RPMS personnel providing management services.

Plaintiff Munoz withdrew from RPMS in 1993.  From 1993 to 2005, although he retained his interest in Heritage, he took no part in the day-to-day operations of the business.  Munoz received K-1s from Heritage but never made any inquiries about its operations.

Munoz asked to be bought out from Heritage in 2005 and his partners offered $200,000 for that interest.  As part of that process, the building was appraised and other documents apparently exchanged.  Plaintiff filed suit alleging, among other claims, minority oppression, breach of fiduciary duty, unjust enrichment and an accounting.

At trial, the principal issues were the application of the statute of limitations – the trial court only considered events within six years of the complaint – and whether the allegedly wrongful acts of the defendants justified reformation of the leases under which RPMS occupied the third floor.

The trial court had found that the defendants had a fiduciary duty to inform plaintiff about the renewal of leases between Heritage and RPMS.  Significantly the court found that the nature of the fiduciary duties had changed after plaintiff withdrew from RPMS.  An arrangement that made sense when all three partners were still involved in the engineering business – rent equal to the cost of carrying the building – changed after plaintiff left the engineering practice.

The trial court denied Munoz’ claim for dissolution of the partnership.  It found, however — and the appeals court affirmed — that it was a breach of fiduciary duty not to inform the plaintiff about renewals of RPMS’ lease arrangement; that plaintiff likely would have objected; and that the rates paid by the engineering firm were below market rates.  The trial judge ordered the leases reformed to market rates and, one would infer from the opinion, that the defendants compensate plaintiff for his share in the difference from years past.

The Appellate Division affirmed the trial court’s finding that the conduct of the majority partners constituted a breach of fiduciary duty and equitable fraud (that is fraud without any bad intent or scienter requirement).  In affirming, the appellate court deferred to the discretion given to the trial court’s fact finding.

In short, the conduct that Munoz once knew of, and approved of, as a member of the related engineering firm ceased to be reasonable as the years passed and the relationship between the parties changed.  More complete disclosure was required and terms of the engineering firm’s relationship with the real estate partnership also should have changed to reflect the fact that the parties now had different interests.