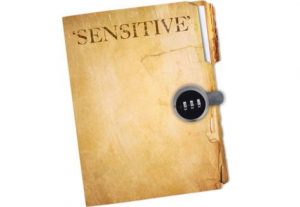 Promoters of LLC Subject to Breach of Fiduciary Duty Claims

Limited liability companies are clearly the vehicle of choice for new, closely held businesses.  That means that more often than not the principals have some existing relationship before they take up their new business together.  Can that prior relationship create fiduciary duties even before the company has begun operations?

A decision out of the New York Court of Appeals indicates that there may be fiduciary duties in such a relationship, in particular duties of full disclosure and fair dealing.  Moreover it appears that these duties may exist before the limited liability company is formed or membership interests are acquired.  In Roni LLC v. Arfa, 2011 N.Y. Slip Op. 09163 (Dec. 20, 2011),  The court held that the existence, or not, of a fiduciary relationship depends up the relationship of the parties and whether it meets the traditional criteria necessary to create fiduciary obligations.

This case involved the conduct of promoters, the individuals who organize a new business and seek out other participants or investors.  The defendant promoters organized seven limited liability companies under New York law for the purpose of buying and renovating buildings in the Bronx and Harlem for resale.  The plaintiffs were a number of Israeli investors who acquired interests in the LLCs.

The plaintiffs alleged that the promoters deliberately concealed the fact that they had received commissions from the property sellers and mortgage brokers that inflated the prices of the properties by millions of dollars.  The defendants moved to dismiss, arguing that no fiduciary duty existed between them, as promoters, and the investors.

A fiduciary relationship creates a duty to act or give advice within the scope of the relationship for the benefit of another.  The plaintiffs alleged that the promoters planned the business, organized the companies and controlled the investment of funds.  In addition, according to plaintiffs, the promoters assumed a position of trust and confidence by “playing upon the cultural identities and friendship.”

The circumstances alleged by the plaintiffs, the court held, were sufficient to allege a fiduciary relationship.  Significantly the Court did not reach the issue of whether promoters by virtue of their status as organizers of the LLC are fiduciaries to those who later join the business.

Peter Mahler, who has covered this case on his blog at www.nybusinessdivorce.com, notes that the personal relationships described by the plaintiffs were rejected by the the intermediate appellate court as the basis for creating fiduciary duties, and that the Court of Appeals opinion makes no mention of the appellate divisions ruling.  The open question, he notes, is how the court will deal with cases alleging a fiduciary duty created by one’s status as promoter.

The New York Court of Appeals decision was reached without relying on any statutory authority and, indeed, promoter liability is not addressed by any of the major limited liability company statutes.  The New Jersey Limited Liability Company Act speaks only of the right of LLC members to expand or contract the rights and obligations through the Operating Agreement to rely on the Operating Agreement as the basis for conduct.

There are two ways to look at this dispute.  Prior to the formation of an LLC with third parties, promoters are likely to have invested time, effort and capital to create the business.  One could argue that they have their own rights to seek the best return possible for their efforts and that the participation of third parties is a voluntary arms-length transaction.

The other view, which appears to have accepted by the Court of Appeals, is that when the investors look to the promoters as the knowledgeable parties and place their trust and confidence in them, the promoters at a minimum have a duty of full disclosure.  The later view is messy and determined by the specific facts of the relationship.  Yet, since many LLCs are formed among friends and family, with one person having more knowledge and influence that the others, these are not issues that should be overlooked.  A more prudent approach is to make full disclosure at the outset and avoid later claims of wrongful conduct.