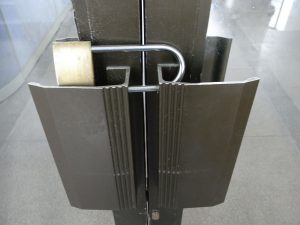 Perhaps most of all, in hotly contested matters, the employees will be forced to choose sides. Faced with the prospect that the ousted member will never return, their recollections are likely to favor the majority. Let’s face it, most employees are extremely biased toward keeping their jobs.

From the majority’s perspective, however, finding a way to remove the minority may be critical to the ongoing stability of the business. Few people can be adversaries in litigation and continue to work together as partners.

Before doing anything, the majority needs to examine the operating agreement, by-laws or partnership agreement. The majority must determine whether ousting the minority will breach any agreement, analyze the consequences, and ensure that the basis for the removal is well-documented.

When the majority needs to remove a principal from management, it is best to do so quickly and quietly. It also best to get a Court to confirm the majority’s actions. We have often timed such actions around holidays and weekends, and will always try to prevent any confrontation during business hours. Our clients have, for example, packed the minority members’ personal belongings or insisted that they be collected only after normal business hours.

Despite the extreme unpleasantness involved, the majority should always try to preserve the ousted minority’s dignity. Business divorces are emotional to begin with and having a minority who feels belittled by the process can turn the process sour.

We recommend that the majority commence an action at the same time that the minority is being removed. We seek an order confirming the termination and enjoining the ousted minority from interfering in the operations of the business. Do we get the relief in all cases? Of course not, but it is a starting point and demonstrates to the court that the company is trying to act lawfully.

Our experience is that it is also important to present the employees with a unified message about what has occurred. There may be divided loyalties to contend with. It is important to keep rumors to a minimum within the business.

The simple fact is that there is little that a minority member can do to avoid being ousted from management. Some operating agreements or by-laws assure the principals of positions, but even then the remedy is usually a right to be bought out of the business and, sometimes, to continue receiving the same distributions or dividends as the other members until the buyout occurs.

It is important, however, to not be shut off from the flow of information. That typically requires the ousted member to start a lawsuit or to file a counter-claim. Courts are heavily biased toward preserving the status quo, and will be very indulgent of requests for status reports, financials and the like.

Here again, a close analysis of the operating agreement, partnership agreement or bylaws is critical. The ousted minority wants to ensure that he or she is receiving all of the rights required by the company’s organizational documents. The minority will want to negotiate such items as continued distributions and benefits, the terms of any announcement made to the public or employees, and the payment of legal fees.

In most cases, the minority will have a difficult, though not impossible, task in returning to management.

For both sides of such a dispute, the focus should be on preserving the value of the business despite any drama among the owners. The business inevitably provides the resources for the resolution of the dispute and it serves neither side to see the value of the company diminish.

Managing this first step in the divorce of the owners of a closely held business is critical to a successful outcome. If handled poorly, it will at a minimum increase transaction costs and, in the worst-case scenario, threaten the viability of the business.