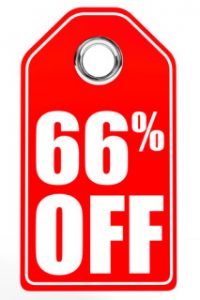 Talk about playing your cards wrong.

A partner with a 3.08% interest worth $4.85 million in a partnership that owns a major shopping mall likely will walk away with only a few hundred thousand dollars after a court decision finding that he wrongfully dissolved the partnership and deducting from the value of his interest the other partners’ damages including legal fees, a 15% discount for goodwill, a 35% marketability discount, and a whopping 66% minority discount.

Last week’s decision by the Brooklyn-based Appellate Division, Second Department, in Congel v Malfitano, 2016 NY Slip Op 03845 [2d Dept May 18, 2016], rejected the partner’s appeal from the trial court’s determination of wrongful dissolution and also upheld its valuation determination with one major exception: the appellate court held that the trial court erred by failing to apply a minority discount and that it should have applied a 66% minority discount based on the “credible” expert testimony “supported by the record.”

The defendant partner’s fateful decision took place in 2006, when he sent his fellow partners a written notice unilaterally electing to dissolve the partnership due to what he described as a “fundamental breakdown in the relationship between and among us as partners.” The other partners quickly responded with a damages lawsuit claiming that he had wrongfully dissolved in violation of the partnership agreement in an effort to force the partnership to buy out his interest at a steep premium. The defendant, arguing that the partnership was at-will and of indefinite duration, denied wrongful dissolution and counterclaimed for his full, pro rata share of the partnership’s value upon dissolution.