One of the principles of corporate law that comes up with some frequency in shareholder disputes is that a share certificate is not an interest in a company, but only evidence of ownership.  That does not mean, however, that the formalities for issuing and transferring shares can be ignored.

As a recent case from the Appellate Division of the New Jersey Superior Court demonstrates, a court may refuse to recognize what the plaintiff claimed had been a transfer of shares in a closely held corporation when the alleged transferee could not produce the endorsed stock certificate. 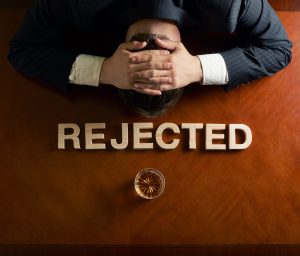 In that case, Acquaviva v. Estate of DiMisa, Docket No. A-5741-10T4 (App. Div. October 18, 2012), the plaintiff claimed that his father had transferred his interest in a businesses not by endorsing the certificate, but by way of a letter, and that those shares had subsequently been transferred to him.  The details of the case are convoluted and involve an action to collect on a judgment entered as a result of a partnership’s default on a loan.

The case is instructive, however, as a warning to closely held businesses that issue stock certificates and then fail to observe the formalities of the Uniform Commercial Code or accurately record the ownership of the shareholders.  It is not unusual that shares are passed around without being endorsed or that, after the initial shares are issued, no one pays much attention to the stock ledger or the certificates.

One of the first issues that we often face when there is a dispute among the owners of a business is who owns what, and it is not unusual that the answer is not well-documented.  Moreover, it is common that a number of years have passed since the incident, a factor that was also present in the Acquaviva opinion, as the supposed transfer had occurred a decade before the dispute initially arose and 20 years before the case was ultimately decided.

Plaintiff’s basic claim was that his father signed a letter directed to the corporation in 1991 transferring his interest to plaintiff’s sister.  This letter was purportedly sent to the corporation with the share certificates, but they were not endorsed.  Plaintiff claimed that in 1997, his sister transferred the shares to him.

Share Certificate Must Be Signed and Delivered to Transferee

The trial court held, however, that no transfer had occurred because N.J.S.A. 12A:8-304(c) requires that a share certificate be endorsed and delivered to the transferee before the transfer of the certificate.  The Court also recited the principal that an individual cannot become a stockholder without their knowledge –  the plaintiff’s sister said she was unaware of the transfer when it occurred.   Finally, the court noted that the transfer, if it had occurred, would have violated the terms of a buy-sell agreement between the parties.

The plaintiff’s claim seems a little far-fetched unless, of course, you work in this area of the law.  I have opened stock ledgers to find all of the shares neatly filled out and unissued.  I have been presented with unsigned share certificates and, in another matter, the shares purported to have been cancelled were never returned.  The owners of small businesses have other matters to attend to and years will pass in which documents and formalities were ignored or forgotten.

The plaintiff’s father may have intended to transfer the shares and the other shareholders may or may not have known at the time.  The point is that if the formalities aren’t observed, it may not matter.