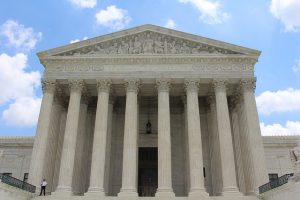 The New Jersey Supreme Court will consider the standards for expulsion of a member from a limited liability company.  The Court granted certification   in  IE Test, LL

The language, however, is nearly identical to that found in New Jersey’s current LLC law, the Revised Uniform Limited Liability Company Act (RULLCA) N.J.S.A. 42:2C-46(e)(3), which governs the involuntary dissociation of members.  Here the court affirmed the expulsion of the defendant based on the impracticability of the business continuing with him as member. the now-repealed Limited Liability Company Act.

New Jersey’s RULLCA provides for expulsion (in legal speak, the “dissociation”)of an LLC member under a number of circumstances.  The parties can, or course, agree to a method of dissociation.  A person can also be expelled by unanimous consent if it is unlawful to continue operations with him or her as member or if there has been a transfer of all of the person’s interest other than for security or under a charging order.  Members can also be dissociated if they declare bankruptcy or when they die.  But the provision that most often comes up in business divorce litigation is the provision that allows a court to expel a member under N.J.S.A. 42:2C-46(e) because:

(2) has willfully or persistently committed, or is willfully and persistentlycommitting, a material breach of the operating agreement or the person’s duties or obligations under section 39 of this act; or

(3) has engaged, or is engaging, in conduct relating to the company’s activities which makes it not reasonably practicable to carry on the activities with the person as a member;

The only difference between the prior statute and current law is that an action seeking dissociation under this provision may only be brought by the company.  The prior statute permitted these actions by the company or another member.  It’s important to recognize that dissociation removes management rights; it does not automatically require the sale of the dissociated member’s interest.

In the IE Test litigation, Kenneth Carroll, and member Patrick Cupo previously were the co-owners of a business called Instrumentation Engineering, LLC.  The business had severe financial troubles and ultimately filed for bankruptcy owing Carroll some $2.54 million.

Carroll, Cupo and a third member, Byron James, formed a new company that would become the plaintiff in this action.  The relationship was rocky from the start and the parties were unable to agree even on the terms of an operating agreement.  Although Carroll was not involved in day-to-day management, he sought concessions in consideration of the historical unpaid dept.  The parties were unable to obtain a line of credit because of their inability to execute the operating agreement.

The plaintiff alleged that Carrol’s repayment demands constituted wrongful conduct and that, in any event, it was not reasonably practicable to continue the business with Carroll as member. The trial court agreed, noting that the parties “can’t talk to each other” and that it is impossible to expect “people who really hate each other” to reach the agreements necessary to run the business.

Carroll appealed, arguing that he could not be expelled on “speculative” future disagreements.  The appeals court, however, affirmed.  The court noted that the standards for dissociation based on the allegation that it is not “reasonably practicable” to continue the business with the member are much more liberal than the other statutory requirement for wrong doing or breach of an agreement.

In order to reach a “judicial determination” under subsection (c), the judge must engage in predictive reasoning. The judge must decide if the current conduct of the member and the circumstances that resulted therefrom will make continued operation of the business reasonably impractical. In this regard, the statute does not require a finding of complete impracticality; it only requires that the continued operation of the LLC with the member as a member be “not reasonably practicable.”