The last refuge of the general partnership may be the law firm.  However, the term “partner” in a law firm can have a number of different meanings and it often does not identify only the traditional equity owner of the enterprise.  In many circumstances, “partner” is a title that indicates a senior attorney, usually at the top of the firm’s professional structure.  It does not, however, provide a particularly reliable indication of either management responsibilities or a financial interest in the firm. 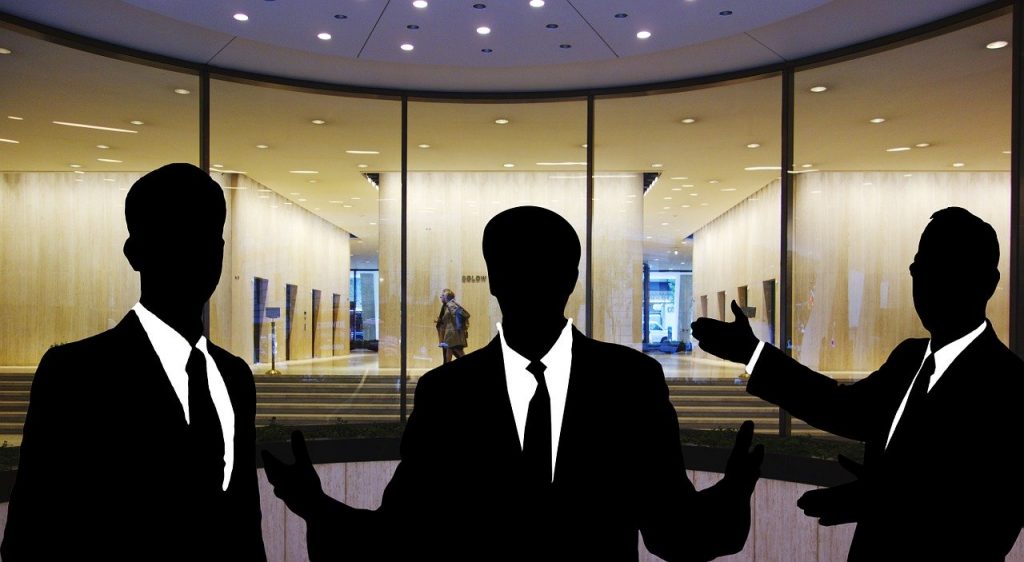 Not all partners are created equally.  In fact, the rise of non-equity partner, those that do not share in the profits or capital of the law firm, is rising rapidly.  Only 56 percent of the partners in law firms in 2018 were equity partners.  (Above the Law, 3 Reasons to Embrace the Rise of Non-Equity Partners).  That trend is a 250 percent increase over the past two decades. In 1999 the figure was 17.1 %.(Altman Weil, Inc. What Should Law Firms Do about Non-Equity Partnership).

Not surprisingly, the existence of an equity interest, or not, is not an uncommon area for dispute.  In this post we consider here involving the effect of tax documents on the claim of an attorney that he held an equity interest in a well-known personal injury firm.  Treatment for income tax purposes is invariably a key component of holding equity.  Is it dispositive?  In this case, no.

While the litigants in a dispute over ownership almost invariably point to tax filings as proof of ownership, or lack of ownership, a recent decision in the Supreme Court of New York indicates that the issue is not always resolved solely by the manner in which the entity reported its earnings to the IRS.   Barrison v. D’Amato & Lynch, LLP (opinion here) is a decision in which some New York trial and intermediate courts have backed away from what a decade ago seemed like a hard and fast rule cast by the Court of Appeals: that a party could not in litigation disavow the positions taken in prior tax filings. 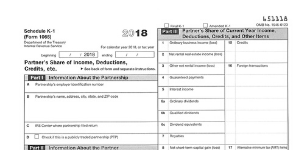 In that 2009 decision, Mahony-Buntzman v. Buntzman, which involved the equitable distribution of assets in a divorce, the Court of Appeals held that the husband was bound by the fact that had reported $1.8 million received in a settlement with his father in which he had sold his interest in a construction company.  Having reported the proceeds as “business income,” the court held, he was estopped from changing his position.  “A party to litigation may not take a position contrary to a position taken in an income tax return.” (opinion.)

The plaintiff in the Barrison case, however, argued that the law firm in which he claimed an equity interest was estopped (prevented as a matter of law) from denying that he was a general partner of the firm based on the filing of Schedule K-1s, which are used to report the income of a partner in a partnership to the IRS.  In rejecting that argument, the trial court relied on a number of opinions holding that tax documents are evidence but not conclusive of ownership.

George D’Amato and Luke Lynch, Sr. established the firm of D’Amato & Lynch in 1977.  Plaintiff Barrison joined the firm in 1990 and was promoted to “partner” in 1995 or 1996, but did not enter into a written partnership agreement. There was no written contract, however, and no explicit award of equity.  Barrison did, however, begin to receive K-1s that indicated he had a capital account and approximately two percent of the firm.

When a dispute arose over Barrison’s alleged falling billable hours, he filed suit seeking to establish his equity interest in the firm, and to force a dissolution.  Lynch Jr. argued that Barrison was a non-equity partner who did not share in the profits of the firm, had no made capital contributions and did not participate in management decisions.

In cross-motions for summary judgment, Barrison asserted that the firm was bound by the K-1 filings with the IRS its made with the IRS in which he was identified as a general partner and which reflected his receipt of a share of the firm’s profits.

The defendant’s response to Barrison’s claim was that the capital account represented the amount that
Barrison would draw during the following year from the firm’s profits, but did not reflect actual contribution of capital, and that the amount of his draw was set in the sole discretion of Lynch Jr., as the only partner of the firm, and that Barrison was a non-equity employee of the firm.  Lynch Jr. argued that he retained all management control of the firm and alone bore the risk of losses.

While the trial court noted the argument made by plaintiff – that the defendant could not contradict its own filings with the IRS – and the existence of the Court of Appeals decision, it quickly moved to another opinion that pre-dated the Buntzman holding to find that Barrison had not otherwise provided sufficient evidence of ownership to bring the matter to trial.

The trial court did not address what appears to be the import of the language from the Buntzman opinion: can a party in a lawsuit that has filed documents with the IRS identifying an individual as an owner take the contrary position in a lawsuit, I.e., that the “partner” identified in the tax filing is not an owner?  The substance of the opinion if that yes, it is permissible to take these contrary positions.  What the trial court did not do, however, is make any attempt to reconcile Buntzman with the other decisions on which the court relied.

The Barrison judge pointed to other opinions holding that corporate tax returns were not conclusive of ownership, nor was proof of compensation as an employee.  All but one of the decisions relied on by the trial court, however, pre-dated the Buntzman opinion. Instead, the court held, the existence of an equity interest in a partnership is determined on the basis of a number of factors.  These decisions merit examination.

In Dundes v. Fuersich, a 2006 trial court decision from New  York County, the judge parsed the elements needed to establish equity in a case involving an alleged unincorporated joint venture in the publishing industry (opinion).  In that case, the person claiming an equity interest was never given a Schedule K-1.  His income was instead reported as income from a consulting business, presumably reported on Form 1099 for miscellaneous non-wage income.  The joint venture that was alleged in that case required evidence of an agreement to create a profit-making enterprise, mutual contribution through a combination of property, financial resources, skill or knowledge, a measure of joint proprietorship and control over the enterprise and a provision for sharing of the profits.  The ultimate issue being whether the parties co-mingled their contributions for their joint benefit.  (There are distinctions between a joint venture, which is generally limited to a discrete project, and a partnership.  Nonetheless, in the case of an unincorporated joint venture, partnership law will generally apply.)

The trial court also relied heavily on Mazur v. Greenberg, a 1985 First Department decision that was affirmed by the Court of Appeals.  That opinion involved a claim of an attorney to be a partner in a firm.  In reversing the trial court and holding that the plaintiff was not a partner with standing to seek involuntary dissolution of the firm, the court distinguished between and agreement to share profits and the financial commitment and exposure to liability that accompanies membership in a general partnership.

The Mazur court looked for the “customary indicia” of partnership and found them absent – sharing in profits and losses, exercising joint control over the business, making a capital investment and an actual ownership interest in the business.  The plaintiff in Mazur held the title of partner but did not participate fully in management and was not responsible for losses.  He had not contributed capital and his decision-making authority was limited.

Another decision cited by the Barrison court was In the Matter of Bhanji v. Baluch, a 2012 decision in which the court held that a corporation tax return that indicated a 50 percent equity interest was not in itself sufficient to establish and equity interest (opinion here). A decision that appears to go the other way, however, is Rosin v. Schnitzler, in which the court held that the corporation was bound by the assertions made under penalty of perjury in its tax returns.  (Opinion here).

The Barrison decision and the opinions it relied on focused on certain key elements of a partnership.  The first consideration was the financial commitment.  Did the persons claiming to be partners in the enterprise commit capital? (An individual that risks the loss of their time if the venture fails is also deemed to have contributed capital in the form of services for which he or she may not be compensated.)  Second, did the individual claiming to be a partner share the risk of partnership?  General partners share personal liability and in many circumstances share individual exposure by contract for the success or failure of the venture.

The opinions also look at the shared decision making of the firm.  Did the individual claiming partnership have a real role is making decisions for the enterprise?  A consistent theme is cases involving claimed partnership is that the plaintiffs often did not have the same authority as others in the enterprise.  The courts also look at the manner in which the parties were compensated, including whether they received partnership income as profits (reported on a K-1) or as payroll or miscellaneous income.  Here the tax treatment and reporting is not conclusive.

It is difficult, however, to reconcile the traditional elements that courts consider when determining whether someone claiming ownership with the prohibition on taking contrary positions in tax filings and in litigation over the existence of equity.  The Barrison and Bhanji decisions indicates that the defendant might successfully do so despite the admonition of the Court that such a contradiction is not permitted in New York.  The decision in Mahony-Buntzman and the opinions that give a literal interpretation to the prohibition against contradicting the information in tax returns show that the outcome in these cases in uncertain.

It is not easy to reconcile the two lines of authority, other than to note that plaintiffs that rely on the bare assertion that a tax return binds the defendant to a position without other evidence appear to be less likely to prevail.   The Court of Appeals holding is plainly not seen by the trial and intermediate courts as a firm rule without shades of gray in its application.