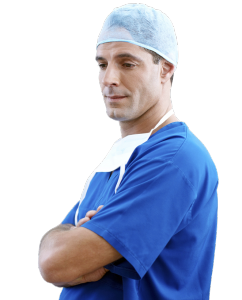 A retiring member of a limited liability company was unable to convince a trial judge that the parties had amended the operating agreement through their course of conduct to adopt a new valuation approach.

The opinion in the Chancery Division dismissed on summary judgment the plaintiff’s claim that sought to order the majority owners of a medical practice organized as an LLC to use a fair market value determination of the value of the interest of a retiring member, rather than to rely on an outdated “Certificate of Agreed Value” prepared in March 2001.

The case, Namerow v. Pediatric Care Associates, LLC, is a cautionary reminder in a number of respects.  First, it is another example of the pitfalls associated with designating the value of a closely held business when it is formed, or otherwise limiting the ability of the parties to later determine a value that comports with the economic realities of the entities at the time the valuation is needed.  Decisions that set, limit or restrict a valuation are fertile ground for member disputes later.

A second aspect of the case is that it illustrates well the axiom that once there is a financial interest in the management of a closely held entity, it is already too late to resolve hard corporate governance issues.  Here, it seemed clear enough that relying on a 17-year-old valuation was problematic, yet the parties had dug in on the valuation method.

Finally, the opinion warns litigants from taking too expansive a view of the definition of operating agreement in the Revised Uniform Limited Liability Company Act (RULLCA) as it has been adopted in New Jersey.  The statute expressly contemplates the any manner of expressing an agreement between the parties, including oral agreements and course of dealing.  It does not, however, substitute for the need to prove the elements of an agreement.

In the end, the language of the agreement that the trial judge found clear and unambiguously applied nonetheless did not fully resolve the dispute.  The matter seems likely to plod on toward trial.

This dispute involved a medical practice that had included a predetermined valuation in its operating agreement, a practice that one finds from time-to-time in closely held businesses.  In this case, the agreement provided that the value of the company for the purpose of a member’s retirement was the value specified in a “Certificate of Agreed Value.”  The Operating Agreement further provided that the members were to meet once a year to update the value and that the value of any individual member’s interest was his or her percentage interests multiplied by the value set in the certificate.

They didn’t.  When the plaintiff, Dr. Namerow, announced his intention to retire in March 2016, the certificate had not been upgraded since March 2001, when the value was set at $2.4 million.  Under the terms of the agreement, if the certificate was not updated as required by the Operating Agreement, then the value of the company was the value as it last appeared in a certificate, but “adjusted to reflect the increase or decrease in the net worth of the Company, including collectible accounts receivable, since the last agreed upon Value.”

Namerow was the first of the members of the practice to retire.  The company engaged a valuation expert in March 2016, which set the value at $4.45 million.  The defendants engaged another expert in October 2016, which estimated the value at $3.41 million.  The purpose of these valuations by the concession of all of the parties was to reach a settlement on a voluntary buyout.

Namerow filed suit, seeking in part specific performance of the Operating Agreement, which he contended had been amended by the parties course of dealing.  A motion to dismiss the complaint was denied in January 2018.  (Opinion here.)  After discovery, defendants moved for summary judgment dismissing the complaint

Amendment to Operating Agreement by Course of Conduct

Namerow relied on New Jersey law that permits the parties to amend an agreement – even if it requires amendments to be in writing – by an explicit agreement or course of conduct.  The court noted however, that such an intention to modify must be mutual and clear and that there had been no evidence presented that the parties had mutually agreed to abandon the process contained in the original agreement.

Notwithstanding the liberal view of the RULLCA as to what constitutes an operating agreement, once made, amendments or modifications must clearly establish intent to form a new agreement.  Otherwise, the court held, the clear and unambiguous provisions of the written agreement must apply.

The plaintiff had also attempted to assert a claim as an oppressed minority shareholder, arguing that the majority had frustrated his reasonable expectation that his interest would be valued RULLCA and that the economic loss doctrine – which precludes any recovery in tort for rights that are governed by the terms of a contract – barred the plaintiff’s extra-contractual claims.  Similarly, the judge held that the record did not establish a basis for the allegations of breach of fiduciary duties.

The court’s decision leaves intact the provisions of the Operating Agreement requiring the parties to rely on the Certificate of Agreed Value, but does not resolve the valuation dispute or, it might be said, even move the parties closer to the dispute.  In light of the parties failure to update the certificate over the prior 17 years, it must be “adjusted to reflect the increase or decrease in the net worth of the Company.”

The Operating Agreement, at least as far as it is discussed in the opinion, says nothing about how such an adjustment would take place or why it would not require consideration of the current value of the company, or whether such an adjustment would require the parties to consider the fair value of the practice.  Fair value is generally regarded as not including discounts in the value that reflect the reduced value of a minority member’s share because of his her inability to control the company.

As we noted, operating agreements with stated values or that required updating are largely forgotten and ignored until it is too late to avoid a dispute.  In my own practice, I have had experience with a similar provision in which the initial valuation from 30 years earlier had been lost and two of the three original parties had died.  Certificates of Value, book value provisions and other attempts to set value in advance are, in my experience, a bad idea.

That is not to say that these provisions may not serve other purposes, but they typically do not provide an accurate measure of the value of a closely held business and are fertile ground for disputes and litigation.