Is a shareholder who dissents to the sale of a business stuck with the terms of the sale as the measure of the fair value of their interest?  That seems to be effect of an appellate division opinion affirming a trial court’s decision to apply the business judgment rule in deciding that the “arms length” transaction on which the dissenter’s payment was based was a fair measure of the company’s value.

But there is a potential flaw lurking in the court’s reasoning, one that could haunt future shareholders who refuse to go along with a plan to sell a closely held business.  If the court is going to defer to the majority’s judgment under the business judgment rule, as this trial court did, is it really applying an objective fair value standard?  Seems to me that the answer is no, and the appellate court made a mistake.

Shareholders have a right to dissent from certain extraordinary corporate acts, such as a merger or sale of substantially all the assets of a business, and demand payment for fair value of their interest.  When they do dissent, their rights as a shareholder are immediately terminated and converted into a claim to be paid the fair value of the shares.  Fair value is supposed to an objective measure and typically it requires the court to decide between different values proposed by the parties’ experts.

Meanwhile, the business judgment rule provides a corporations board of directors with the ability to exercise their judgment, in good faith, without being second guessed by shareholders of the courts.  In the absence of self-dealing or other misconduct, the board’s decision is presumed to be valid.  Judges, realizing their knowle 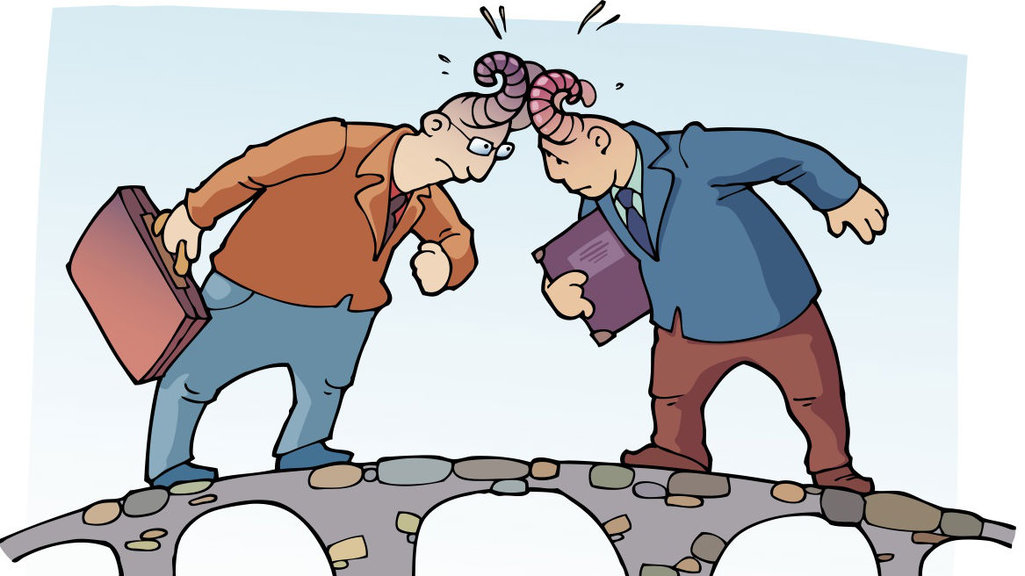 dge is better used in the courtroom than the boardroom, will generally not second-guess a decision of the board.

The issue then, is if the majority owners of a business decide to sell and a minority shareholder dissents, the court may just look at the deal as the best possible evidence of the value of the business and not consider if the deal was smart or an accurate reflection of fair value.  The dissenting shareholder has nothing to win, just their cut of the purchase price.

This was precisely the issue in a lawsuit that arose from an unusual decision by a board of directors in Holiday Medical Center, Inc. v. Weisman, Docket No. A-5198-08T2 (App. Div. November 17, 2010)(copy of opinion here).  The deal was an odd one in that, in deciding to sell the business, the board also decided to donate most of the purchase price back to the seller, a non-profit, apparently for the tax deduction.

First of all, you have to assume that the tax deduction was legitimate.  (The IRS probably would not look very kindly on a sale price inflated to generate a big tax deduction)  So it is not surprising that one of the shareholders who dissented from the action and demanded to be paid fair value was unhappy when the company tried to pay her the net (after donation) share of the proceeds.

The board of Holiday Medical Center, Inc. (“HMC”), facing significant operation losses and decided to sell a nursing home facility it owned “while the assets retained some value.”  HMC voted to sell the nursing home to a private school for $8 million and donate back any net proceeds in excess of $2 million.  As the deal was ultimately structured, $3.3 million went to pay off the existing mortgage on the facility, $2.9 million as a charitable donation back to the school, and $2 million to HMC.

Plaintiff, a 5 percent shareholder, argued that her fair value should be based on either the going concern value of $5.54 million or the liquidation value of $7 million. The trial court accepted the argument that a going concern measure should be applied, but then decided that the sale transaction, with all its wrinkles, was the best indication of the actual value of the business.  When the plaintiff, objected, the court fell back on the business judgment rule.

The business judgment rule cloaks the directors and officers in a presumption that favors the disputed decision.  In order to strip this presumption, a shareholder must first show that the officers or directors engaged in “fraud, self-dealing, or unconscionable conduct.”   If the shareholder is successful in making this showing, the burden shifts to the directors and officers to show that the decision was fair to the corporation.  In re PSE&G Shareholder Litigation, 173 N.J. 258, 276-277 (2002).  Courts will analyze every decision that aggrieves a shareholder through the lens of the business judgment rule.

Holiday Medical reflects the reluctance of courts to undo a board’s decision absent a clear showing of misconduct by the directors.  Even in this unorthodox sale in which a significant portion of the proceeds was donated back to the buyer, presumably for preferable tax treatment, the business judgment rule barred the trial court from questioning this move with no evidence of “bad faith, self-dealing or fraud.”  If a shareholder seeks to upend a board decision, the evidence of some misconduct must be clear and convincing.

But here’s the rub: shouldn’t the statutory fair value of a dissenting shareholder’s interest be the same, regardless of whether the deal the board wants to make turns out be smart or unwise.  That is the whole point of dissent, fair value is judged from a point before the disputed transaction (merger or sale).  If the court is just going to look at the actual transaction as the value, using the lens of the business judgment rule, what’s the point?  The dissenter’s rights are completely elusive.

One of the other issues on appeal was the trial court’s denial of attorney’s fees.  In the end, plaintiff’s net result was an increase of the payment she would receive from $80,000 to almost $100,000.  Reading between the lines, it appears that on her best day, she was probably entitled to no more than another $25,000 if had she prevailed in her principal argument.

Two trials and two appeals.  You have to question the math.  Plaintiff sought an award of attorney’s fees, available under the statute, but not surprisingly it was rejected by the court.  No doubt the litigation costs long ago exceeded the potential return (unless the fee award was granted).