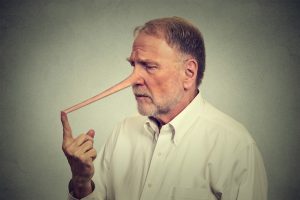 Not that the outcome of the Taylor case is particularly surprising.  The court there rejected an undue influence claim asserted by one brother alleging that the other brother had wrongfully coerced their mother into transferring her interest in the family business to him before her death.  Moreover, because the business that they owned together had already been sold, the breach probably caused no damages.

The narrow reading given to the Uniform Partnership Act by the Appellate Division, however, is difficult to reconcile with the well-established precedent that partners stand in an elevated fiduciary relationships to one another, obligated to exercise the “utmost good faith.”  See, e.g., Stark v. Reingold, 18 N.J. 251 (1955).  It is also difficult to square with another Appellate Division opinion earlier this year – also involving a family partnership – describing the relationship of partners as “one of trust and confidence, calling for the utmost good faith, permitting of no secret advantages or benefits … a duty of the finest loyalty.”  Pass v. Kirschner, Docket No. A-40002-07T3 (N.J. App. Div. March 9, 2011).

The Taylor family was the owner of a health club and a corporation in which the health club operated.  Originally the businesses were owned by the father and two sons, Rick and George.  When the father died, his interest passed to their mother.  The mother later decided that she wanted to transfer her interest to Ricky, thus eliminating it from the assets that would pass by her will.

Mrs. Taylor, however, insisted that the transfer be kept from George and continued to act as though she were one of the three owners.  She executed various documents in connection with the sale of the business and continued to sign checks almost a year after she had performed the transaction.

George sought damages on the basis that Ricky had breached his fiduciary duties to him and also sought to expel him from the partnership (apparently notwithstanding the prior sale of the business.)  The court held, however, that the concealment by mother and son of the transfer had not “materially affected the partnership business,” (emphasis in original.)  Nor had Ricky breached his fiduciary duties of loyalty and care.

Fiduciary Duties under the UPA

If a partnership agreement does not specify the limits, those duties are specified – and limited – by the UPA.  The relevant statutory provisions are:

b. A partner’s duty of loyalty to the partnership and the other partners is limited to the following:

c. A partner’s duty of care to the partnership and the other partners in the conduct and winding up of the partnership business is limited to refraining from engaging in grossly negligent or reckless conduct, intentional misconduct, or a knowing violation of law.

The Taylor panel read the definition of fiduciary obligations narrowly, perhaps too narrowly, as not falling within one of the clearly articulated duties.  One of the principles of a partnership is the ability of the partners to do business with the people they choose.  The other is the limitation on transferability.  A partner may transfer their right to profits and losses, but not the management rights.  The transferee has no right to exercise the partnership rights.  A partner who transfers all of his or her interest is subject to expulsion by unanimous vote of the partnership.

In short, the manner in which the Taylor court construed the breach of fiduciary duty claim as not including any duty of disclosure of matters that are material to the partnership business and the partner should give anyone involved in the partnership a bit of pause.  It is probably no longer correct to assume that a partner must disclose material events and that the concept of a “duty of the finest loyalty” may be fading into history.