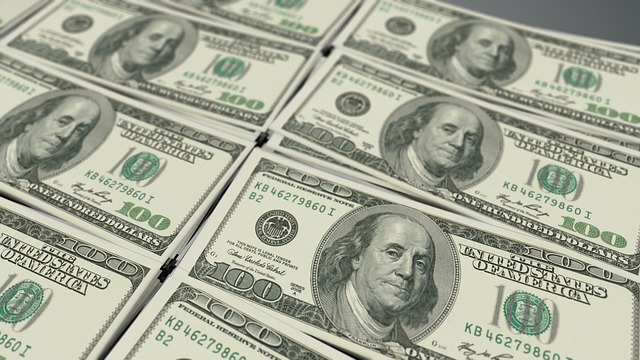 A Delaware chancery judge drew a liberal comparison between a venture capital fund organized as a limited liability company and a limited partnership in holding that a member that had been forced out was entitled to fair value rather than the value of his capital account.  The result was that his buyout increased by some fivefold, but not for the reasons advanced by the departing member.

The case, Domain Associates, LLC v. Shah, is significant for two principal holdings.  First, it represents a relatively rare occurrence when a trial court falls back on the equitable catch-all provision that one finds in a number of limited liability company and partnership statutes.  Second, the trial judge considered the management structure – the LLC at issue was member-managed similar to a partnership – as good reason to follow a decision construing the equitable catch-all provision found in Delaware’s partnership statute.

The decision involved a venture capital hedge fund, Domain Associates, LLC.  The members of the LLC invoked a provision of the company’s operating agreement to compel the “withdrawal” of the defendant member Shah.  The majority contended that as former member who had been forced to withdraw, Shah was entitled only to the value of his capital account, about $530,000.  Shah claimed that he was entitled to fair value, which is based on the going-concern value of an enterprise – in particular the earning power of its good will – and a much.

Any Member may retire from the Company upon not less than 90 days’ prior written notice to the other Members. Any Member may be required to withdraw from the Company for or without cause at any time upon written demand signed by all of the other Members except for any one other such Member, so long as such demand shall have been approved at a meeting of Members held for such purpose, to which all Members shall be given written notice in advance.

The operating agreement went to provide provide for payments to be made to the withdrawing partner in the event of retirement, death, disability or bankruptcy, based on the amount in the withdrawing member’s capital account on the date of withdrawal.  Domain argued that the same calculation applied to compelled withdrawals.

‘Rules of Law and Equity’ Govern When Statute is Silent

Shah, meanwhile, argued that another provisions of the Delaware Limited Liability Company Law, § 18-604, that requires payment of distributions or fair value on resignation:

Shah contended that because he was compelled to withdraw, the resignation provision should apply.  (It is worth noting that under Delaware law, a member may not withdraw from a limited liability company prior to dissolution unless the withdrawal is permitted by the operating agreement or an agreement between the parties.).

Similar provisions exist under the § 111 of Revised Uniform Limited Liability Company Act and § 1189 of the Revised Uniform Partnership Act  (“Unless displaced by particular provisions of this [act], the principles of law and equity supplement this [act]”)  In addition to those states that have adopted the RULLCA, a similar provision is often found in states modeled on the Delaware LLC Act or which have by statute or case law incorporated the same principle.

The decision of the trial court holding that it might fashion a remedy based on general principles of equity in circumstances in which the statute was silent is significant, in our view, because of its rarity.  Courts are often hesitant to fall back on equity to develop a new remedy or to reason between different types of business associations.  An example was the general refusal of courts to recognize an action for minority member oppression by reasoning by analogy from the law of closely held corporations.

The Chancery judge began by looking at a similar case applying the Delaware Revised Uniform Partnership Act.  In that case, Olson v. Halvorson, the court had used the equitable catch-all provision of Delaware’s Limited Partnership Act to apply a provision of the Revised Uniform Partnership so as to require payment of fair value to an expelled limited partner.  The judge reasoned that “the same analysis applies here.”  He reasoned that applying the rule was appropriate because Domain, as a member-managed LLC, retained a structure similar to a partnership.

A similar equitable principle was also in play, that equity abhors a forfeiture.  Delaware law, the judge noted, does not favor results that result in a forfeiture.  The Court held that the majority members had breached the Operating Agreement and were liable, jointly and severally, for the difference between the amount in his capital account and the fair value of his interest.  The court devoted a significant portion of the opinion instructing the parties on the manner in which the fair value should be calculated and instructed the parties to calculate the amount.

Trial courts can be stingy in granting remedies when there is not explicit statutory authorization or some prior case law.  Consider the unwillingness of courts in Delaware and Texas to recognize a cause of minority oppression for closely held corporations, or courts in states that have not adopted the RULLCA to imply a cause of action for oppressed minority LLC members.  We reported recently  on a New York trial court’s dismissal of a petition for dissolution because the petitioner did not have the requisite 50 percent of the shares — even though a shareholder agreement gave each of the two shareholders a right to serve as director and assured that the deadlock would continue and notwithstanding the undisputed financial harm that the deadlock was causing the corporation.

Making a case based on inherent equitable principles is usually a difficult proposition and the outcome is uncertain.  This case runs counter to what, in my opinion, is the majority bias against implying a remedy where none is clearly articulated in the statute.