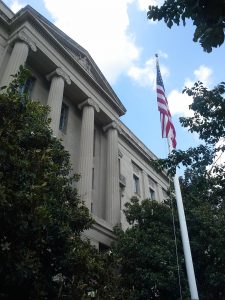 The unreported Appellate Division opinion in Hammer v. Hair Systems, Inc.,Docket No. A-1475-14T1 (App. Div. June 9, 2017) affirmed a trial court’s decision that the former CEO and minority shareholder was justifiably terminated from his employment for the harassment of female employees. Notwithstanding the validity of the termination, the trial court found, and the appellate division affirmed, that the questionable financial practices of the family-owned business constituted minority oppression, and merited an award of fees.

In awarding fees that were, even after a 50 percent reduction by the court, approximately seven times the amount of the purchase price, the trial court rejected a “proportionality” argument that measured the fee award against the amount of the recovey.

The corporation at the center of the dispute was Hair Systems, Inc. (HSI), owned by members of the Covey and Shah families.  The plaintiff in the case was John Hammer, who had retired and was working as a consultant when he was brought in as an outside CEO.

Hammer had first joined the company as a member of the board of advisors and wrote a report suggesting that the company needed to develop an “organizational culture.”  When the founder of the company became ill, Hammer joined HSI fulltime and received a two-percent stake in the company.

Hammer’s tenure was controversial.  First, he sought to implement policies against the widespread practice of the owners paying personal expenses with company funds.  At the same time, Hammer was the subject of allegations of sexual harassment.  Hammer was ultimately fired as a consequence of those allegations.

have acted fraudulently or illegally, mismanaged the corporation, or abused their authority as officers or directors or have acted oppressively or unfairly toward one or more minority shareholders in their capacities as shareholders, directors, officers, or employees.

The trial judge noted that a court considering a claim of minority oppression must consider whether the behavior complained of frustrates the reasonable expectation of the minority shareholder. (In many cases, shareholders of close corporations expect to be employed.)  Hammer claimed that his firing was retaliation and therefore oppression.  The trial court disagreed, holding that the termination was justified and therefore not minority oppression.

The other allegations raised by Hammer, however, were held to be minority oppression.  The trial judge found that the family members used corporate assets for a variety of personal expenses, ranging to tax preparations to child care.  Misappropriation and excessive compensation are widely recognized as oppressive practices.  The family members argued, however, that Hammer knew about the business practices before he joined HSI.  The trial court rejected that argument, noting that Hammer was hired to change these practices.

Having found that Hammer was an oppressed minority shareholder, the Court ordered the purchase of his two-percent interest for $81,594, but then awarding $758,956 in counsel fees, costs and expert fees.

The trial court relied on N.J.S.A. 14A:12-7(8)(d), which provides that court may in its discretion award the selling shareholder “reasonable fees and expenses of counsel and of any experts.” The Court did not, interestingly enough, conduct any analysis of whether it was appropriate to award fees in this case.

The award of fees, the appellate court noted, is subject to a very deferential abuse of discretion standard, that “will be disturbed only on the rarest of occasions.”  Only when the trial court did not consider the relevant factors or based its decision on irrelevant or inappropriate facts will the appellate court disturb the trial court’s findings as an abuse of discretion.

Lodestar Analysis in Award of Fees to Oppressed Minority Shareholder

The appellate court then reviewed the traditional “lodestar” analysis generally appropriate for a fee award under a fee shifting statute, in which the hourly charges are reduced or enhanced based on such relevant factors as the results achieved or the statutory objectives.

Hammer requested $1.22 million in fees.  Because Hammer had proceeded on a number of contractual claims in addition to the minority oppression cause of action, the trial judge eliminated charges not clearly related to the  theory on which he prevailed and expert fees that were not “adequately” explained.

The court noted that the fee was disproportionate to the recovery, but that under the cause of action afforded an oppresed minority shareholder, “a proportionality analysis is not applied to the detriment of a plaintiff seeking the protection of the statute.”  The Appellate Division held that it was “constrained to agree given the OMS [oppressed minority shareholder] statute and the judge’s careful and detailed review of the billing records.  He did not abuse his discretion.”