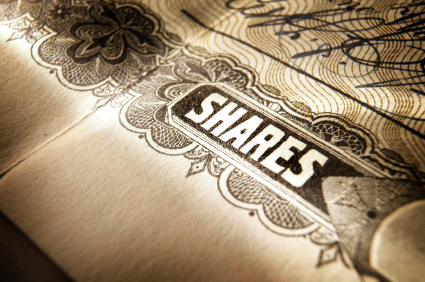 The opinion also rejects outright the concept that the Defendants in an oppressed shareholder litigation are prohibited from using corporate funds to pay for for defense counsel.  The corporation has a right and obligation to be represented by counsel, the Appellate Division held, although there may ultimately be an allocation between the corporation and the individual defendants.

At issue in the litigation was Municipal Codes Inspections, Inc. (MCI), a business that contracted to provide building inspections to municipalities.  Because of the competitive advantages that may be available to a business in which the majority owners are women, the corporation was owned by Debra DiSalvatore, while her husband Louis provided the inspections.  Debra was officially the president, but earned a modest income of just more than $10,000.

The Defendants (the legal owner and her husband) wanted to hire the another building inspector who was already contracting with a half-dozen municipalities.  The inspector, Jay Dilworth, wanted equity.  To keep the business’ status as woman-owned, however, a 50 percent interest was transferred to Dilworth’s wife, Debra, in his place.

Louis and Jay continued to provide the inspection services and Marie earned a bit more than $10,000 as the office manager.  The business was quite successful, having sales of $1.2 million in 2010.  Until, that is, Louis was convicted of tax evasion and sentenced to prison.

The Dilworths agreed that because of Louis conviction, he would pay his salary to his wife Marie for a period of two years after which Marie would transfer her shares to Debra and the DiSalvatore family would be out of the business. As a result, Marie’s salary jumped from about $10,000 to $180,000.

When the two years was up, however, the DiSalvatores declined to transfer the shares, and Marie denied that any such agreement was every made. Jay Dilworth quit and the revenue of the business dropped by 75 percent.  Debra and Jay filed suit alleging several theories, including that Debra was an oppressed minority shareholder.

The trial court had initially rejected the assertion that Debra had a right to participate in management.  Her role was to hold the shares and not to be involved in the day-to-day operations.  Nonetheless, the Court held that Debra and her husband had a right to be treated “fairly,” and that Marie — who held onto control of the business — had engaged in a number of oppressive acts.

Among the oppressive acts, the trial court had held, was the failure to make a planned transfer of Marie’s shares to Debra.  The Defendants has argued that the trial court’s finding that there was a valid contract for the transfer of the outstanding shares was in error.  The appellate division, however, affirmed the trial court.

The appellate court held that there was sufficient evidence in the record that a binding contract had been formed and that a writing was not required. “The record contains ample credible evidence to support the judge’s conclusion that the parties entered into an enforceable oral agreement in 2009.”

The appellate division left undisturbed the trial court’s holding that Debra, as a 50 percent shareholder, was a minority because she lacked a controlling interest and that the behavior that followed the oral agreement was oppressive.  Debra had a reasonable expectation after that agreement was made to receive financial information, to receive dividend income and to not have Marie misapply corporate funds.

The second major issue decided by the Appellate Division was its holding that the trial court had committed reversible error in holding that it was improper for the corporation to pay the defense attorneys with corporate funds. This is a recurring question in business divorce litigation.  Defendants that control the company invariably would prefer to pay defense costs from the company’s revenue.  Oppressed minority plaintiffs invariably object.

The summary determination that the corporation’s payment of legal fees was improper was an error, the appeals court noted.  The defendants in the case included both the corporation and Marie in her corporate capacity.

(a) such corporate agent acted in good faith and in a manner he reasonably believed to be in or not opposed to the best interests of the corporation[.]

It was error, the appellate court held, for the court to summarily determine that the payment of attorney’s fees was improper.  The Court had made no determination of whether Marie was entitled to indemnification and, if not, whether the fees paid could be allocated between the corporation and the director.

The opinion leaves open the question of how such a fee award might be approved in a dispute between two 50 percent owners, one of which has already been ordered to transfer shares.  Indemnification is permissive on a vote by the non-defendant directors unless the agent has been successful in the defense or indemnification has secured a court order.