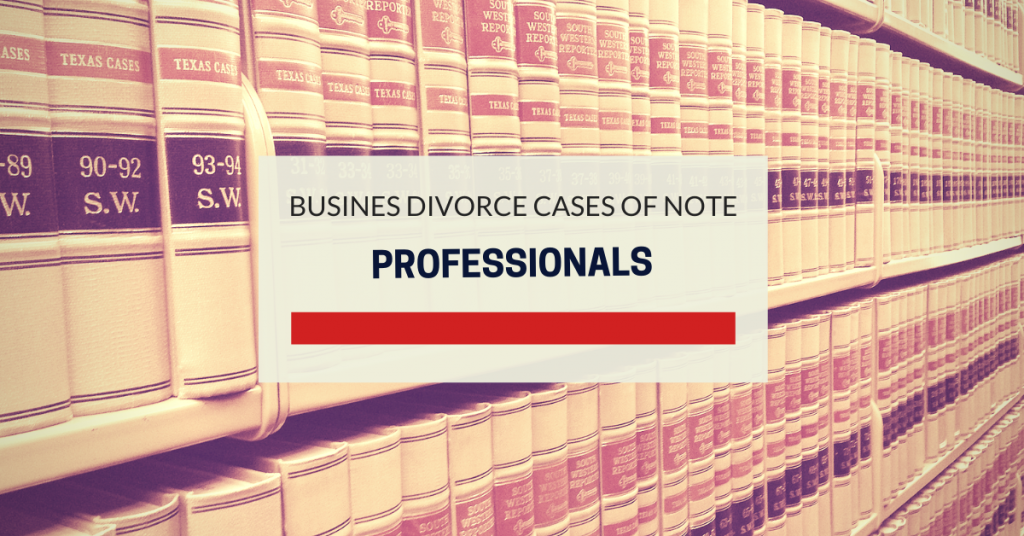 The issue was last before the New Jersey Supreme Court in The Community Hospital Group v. More (full opinion here), a 2005 opinion in which the court was asked to overrule its existing precedent that permitted enforcement of restrictive covenants against physicians.  The Supreme Court decided the issue just months after the appellate division had held that a restrictive covenant was unenforceable against a psychiatrist.  (See Psychologists, Like Lawyers, Not Subject to Restrictive Covenants)

The court declined to overrule the existing precedent, rejecting the ban on all restrictive covenants, but declined to enforce the one at issue as excessive and detrimental to the public interest.  The More opinion is still very much good law, but there is not a great deal of judicial authority about what types of restrictive covenants are reasonable and what types are excessive.  This is likely due to the inclusion of agreements to arbitrate that take the issue out of the court system in favor private arbitration.

The defendant Dr. More was a neurosurgeon, who started at John F. Kennedy Medical Center after his residency.  He executed an employment agreement that prohibited him from practicing medicine for two years within 30 miles of JFK, unless he was terminated without cause, in which case he could practice in New York City.  The agreement was notable for its breadth:

[F]or a period of one (2)[sic] years following the date of termination of MORE’s employment for any reason whatsoever, MORE shall not, directly or indirectly, own, manage, operate, control or be employed by, participate in or be connected in any manner with the ownership, management, operation or control of any medical practice, nor engage in the practice of medicine, in any of its branches, within a 30 mile radius of the HOSPITAL, providing the same or substantially the same medical care as the Services outlined in this agreement. In the event, and only in the event, that the HOSPITAL terminates this Agreement without cause, the HOSPITAL agrees to make two exceptions to this non-competitive covenant and thus permit MORE to practice neurosurgery in New York City, defined as and limited to Queens, Brooklyn, Manhattan, and the two general hospitals in Elizabeth, New Jersey. In the event that MORE terminates this Agreement without cause or either party terminates this agreement for cause, then the aforementioned exceptions do not apply.

More resigned and accepted a position as an employee physician with a practice in Plainfield and received medical staff privileges at Somerset Medical Center, which was within the geographical scope of the restrictive covenant.  He joined another neurosurgeon, who at the time was the only neurosurgeon  taking calls at Somerset Medical.  Because of the shortage or neurosurgeons in the area, it took more than eight months to fill the position.

JFK sued, alleging breach of the covenant.  Its request for a preliminary injunction was denied by the trial court and then granted by the Appellate Division.  The Supreme Court took the case on an emergent appeal and stayed the injunction.

The defendant doctor argued for a per se ban on restrictive covenants involving physicians, arguing that the the American Medical Association strongly disfavors that and regards them as unethical when they restricty a patient’s choice of physican.  He sought to have the court impose the same ban on restrictive covenants that apply to physicians.  He also argued that the restriction that JFK sought to enforce was against the public interest because of the shortage of physicians.

Under New Jersey law, the enforceability of a restrictive covenant in general relies on two cases from the early 1070s, Solari Industries, Inc. v. Malady (opinion here) and Whitmyer Bros., Inc. v. Doyle. (opinion here)  Those opinions articulated the standard that a post-employment restrictive covenant will be enforced when it protects a legitimate interest of the employer, imposes no undue hardship on the employee and is not injurious to the public.  A legitimate interest is not found in simply protecting the employer against competition.

The Supreme Court had previously in Karlin v. Weingerg (opinion here)rejected the per se ban applied to attorneys, distinguishing on the basis that the Supreme Couryt has “a unique constitutional responsibility” to regulate attorney conduct, a role that did not apply to phyisicans.  The Supreme Court rejected the attempt to treat physicians in the same manner as attorneys:

Except for attorneys… and more recently, psychologists … our courts have consistently utilized a reasonableness test to determine the enforceability of restrictive covenants. Contrary to Dr. More’s and Somerset’s contention, we find no logical justification to treat a hospital-employer differently from a physician-employer. If either the hospital-employer or the physician-employer cannot establish that it has a legitimate business interest and, most important, that enforcement of the restriction will not be injurious to patient care, then enforcement of the restriction should be denied.

The Supreme Court also considered the American Medical Association’s ethical, which at the time provided that “Restrictive covenants are unethical if they are excessive in geographic scope or duration in the circumstances presented, or if they fail to make reasonable accommodation of patients’ choice of physician.”  The ethical rule was the subject of re-examination in 2014 (See AMA Report of the Council on Ethical Judicial Affairs).  The ethical rule now provides:

Competition among physicians is ethically justifiable when it is based on such factors as quality of services, skill, experience, conveniences offered to patients, fees, or credit terms.

Covenants-not-to-compete restrict competition, can disrupt continuity of care, and may limit access to care.

Physicians should not enter into covenants that:

Physicians in training should not be asked to sign covenants not to compete as a condition of entry into any residency or fellowship program.

The court found that the test, as articulated in the Solar-Whitmeyer opinions 35 years earlier still provided the appropriate rules for enforcement of restrictive covenants in the medical profession.

In short, we continue to adhere to and follow the Karlin test because we conclude that it strikes the proper balance between an employer’s and employee’s freedom to contract on the one hand and the public interest on the other. In addition, we are convinced that the Karlin reasonableness test with emphasis on the public interest, is sufficiently flexible to account for varying factual patterns that may arise.

The Supreme Court then wen on to apply the three-pronged test.  First it considered whether the restrictive covenant protected a legitimate interest of JRK, identifying three potential areas: “(1) protecting confidential business information, including patient lists; (2) protecting patient and patient referral bases; and (3) protecting investment in the training of a physician.”

The plaintiff had demonstrated “legitimate protectable interests” at stake ranging from the investment in training to the removal of patient and patient referral lists. The court then turned to the scope of the restrictive covenant – duration, geographic scope and prohibited activities – to determine whether it was “no broader than necessary to pretect the employer’s interests.”  In the Karlin opinion, the court had held that such a covenant should only be enforced for the time necessary to replace the former employee and demonstrate “effectiveness to the patients.”

The court went on to hold that the geographic restriction was reasonable, as the doctor could practice without relocating, although with a longer commute, and that since he had resigned voluntarily, the hardship of a commute was not an impediment.

The restrictive covenant at issue, however, was injurious to the public interest because of the shortage of neurosurgeons.  Quoting the Karlin opinion, the Supreme Court stated.”

If enforcement of the covenant would result in a shortage of physicians within the area in question, then the court must determine whether this shortage would be alleviated by new physicians establishing practices in the area. It should examine also the degree to which enforcement of the covenant would foreclose resort to the services of the ‘departing’ physician by those of his patients who might otherwise desire to seek him out at his new location. If the geographical dimensions of the covenant make it impossible, as a practical matter, for existing patients to continue treatment, then the trial court should consider the advisability of restricting the covenant’s geographical scope in light of the number of patients who would be so restricted.

The evidence “was overwhelming,” the court held, that preventing the defendant from continuing his neurosurgery practice at Somerset Medical Center, within the 30-mile restriction, would be “injurious to the public interest” because of the shortage of physicians in the specialty.  The restrictive covenant, therefore, was only partially enforceable.  The case was remanded for a determination of the appropriate scope of the geographic restriction but, the court held “in no event should it exceed thirteen miles or include Somerset.”

(The lack of physicians with a medical specialty within an area continues to be viable defense.  See Specialty of Surgeon is Grounds to Not Enforce Restrictive Covenant)

As I noted above, this case involving JFK Medical Center and Dr. More continues to be good law.  In considering whether a restrictive covenant will be enforceable, the case is going to be decided on its unique facts.  With physicians, that will involve the specialty, the circumstances of the contract, the circumstances of the termination, the nature of the employer’s investment, the conduct of the departing physician and the general state of practice in an area.

There are other factors that may come into play when considering a restrictive covenant. These include whether there was payment specifically for the covenant, as in a the sale of a practice.  The position held by the former employee, access to trade secrets and role within an organization may also be relevant.

If you have an issue with a restrictive covenant, please feel free to contact me.