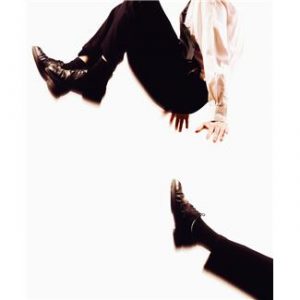 Time was that the expulsion of a troublesome individual from a limited liability company or partnership generally meant that the business entity would have to be dissolved and either start over or be sold off.  Changes to partnership laws — and the adoption of similar provisions in New Jersey’s limited liability company — make it possible to remove an LLC member without dissolution of the entity.

Unlike Delaware law — on which New Jersey’s LLC Act was modeled — or New York law, New Jersey law includes a provision borrowed from partnership statutes that permits the involuntary dissociation of a member for wrongful conduct or when it is simply no longer reasonably practicable to stay in business together.  The statutory provision comes from uniform limited liability company and partnership laws.  This departure from Delaware law is a substantial consideration when organizing an LLC or when a dispute arises between the owners.

What that means in practical terms is that for LLCs organized under New York or Delaware Law, the aggrieved parties must often establish that the business cannot go on in pursuit of its original purpose if they are to immediately recoup their investment or, in similar fashion, that the behavior of the offending party is so egregious that the business cannot continue.

By borrowing from the law of partnerships, New Jersey provided the members of LLCs with something short of mutual assured destruction of the business found elsewhere. The statute permits a court to involuntary dissociate — that is, to expel — a member under the following circumstances.

(a) the member engaged in wrongful conduct that adversely and materially affected the limited liability company’s business;

(b) the member willfully or persistently committed a material breach of the operating agreement; or

The circumstance can be further complicated by operating agreements that prohibit withdrawals or terminations of memberships, and which may otherwise be enforceable.

No New Jersey decision has yet to apply the standards for expulsion, but there is some indication of how they are likely to be applied in Sebring Assocs. v. Coyle, 347 N.J. Super. 414 (App.Div. 2002), a partnership dispute. Here the Court found that an individual had been invited to join the partnership for a specific reason, that he had failed to fulfill that purpose and that his refusal to participate in cash calls — forcing the other partners to make up the shortfall — was unfair.

The borrowing of this partnership divorce provision from the partnership law certainly makes it easier for a New Jersey LLC to force out a troublesome member, notwithstanding the existence of contrary terms in the Operating Agreement or other remedies in the LLC Act. On the other hand, the ease with which a member may be expelled is more readily abused..