Appointing a custodian or receiver of a closely held corporation is a recognized remedy when the owners are deadlocked.  Once appointed, the custodian or receiver may be given wide authority to break the deadlock, to manage, to sell or dissolve the corporation — including cases in which the remedy seems to go beyond what is provided in the statute.

A bitter business divorce between two former college sweethearts provided the background for the Delaware Supreme Court’s analysis of the circumstances in which it could provide a dissolution-like remedy and order the sale of a large successful business.

The decision of the Delaware Chancery Court, Shawe v. Elting, involved Transperfect Global, Inc., a corporation formed by Elizabeth Elting and Philip Shawe in 1992 while the pair lived together in a New York University dorm room.  The two became the co-CEOs, sole directors and equal owners of a company that provided a variety of translation services from locations around the globe, generating $80 million in profits in 2014. (Shaw later transferred 1 percent to his mother, but she remained firmly in his camp, which caused the deadlock to continue.) END_OF_DOCUMENT_TOKEN_TO_BE_REPLACED

END_OF_DOCUMENT_TOKEN_TO_BE_REPLACED 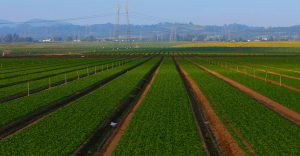 However, when the dysfunction of the partnership puts the assets of the partnership at risk, a Court can and should appoint a receiver, holds the Appellate Court of Illinois in Schultz v. Halpin, 2016 IL App (3d) 160210-U (Ill. App., 2016) . Partnership Assets Must Be Protected in Dispute Says Court